Liverpool will look to get their top four push back on track when they take on Sunderland at Anfield on Saturday afternoon.

The Reds saw their hopes of qualifying for the Champions League this season dashed with a disappointing 2-0 defeat at leaders Leicester City on Tuesday night.

That loss has left Liverpool sitting eighth in the Premier League table and a full eleven points adrift of fourth-placed Arsenal so Jurgen Klopp knows only a win will do tomorrow if his side are to have any realistic chance of cutting the deficit before the end of the campaign.

However, the Merseysiders should be confident of picking up all three points as Sunderland come in to the game winless in their last three outings after slumping to a 1-0 loss at home to Manchester City in midweek.

Sam Allardyce’s men remain second bottom in the division and four points from safety so they’ll be desperate to give their survival hopes a major boost with a positive result this weekend.

Liverpool have received an injury blow ahead of the game with the news that Martin Skrtel has suffered a setback in his recovery from a hamstring problem so the defender remains on the sidelines tomorrow.

Joe Allen is expected to recover from a shoulder injury and could be handed a start in midfield with Lucas Leiva possibly dropping to the bench.

Daniel Sturridge, Divock Origi and Philippe Coutinho are all back in full training but this game will come too soon so they’ll be hoping to make their long-awaited comebacks in next weeks’ FA Cup replay against West Ham.

Sunderland will hand a late fitness test to Yann M’Vila after he missed training with a foot problem while Jermain Lens is also nursing a groin injury.

Younes Kaboul could be back in the squad after overcoming a hamstring injury but midfielder Sebastian Larsson is still out with a knee complaint. 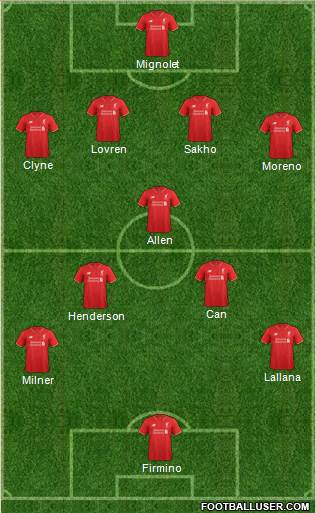 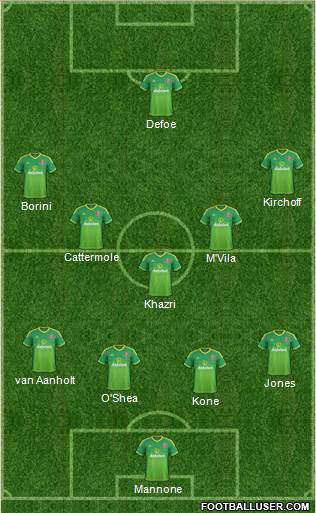 Liverpool 2-0 Sunderland: The Reds were disappointing away to Leicester in midweek but things should be very different at home to Sunderland. The Black Cats should be fighting for their lives but I still think we’ll see a relatively comfortable win for Liverpool tomorrow.

Liverpool are the 4/9 favourites but Football-Talk can get you enhanced odds of 5/1 on a Liverpool win – just click here to take advantage of this limited time offer . My prediction of 2-0 is available at odds of 6/1 while I also like the look of Firmino to open the scoring at 7/2. If you combined those two bets in a score-cast then we get very tempting odds of 14/1.