Chelsea will look to continue their climb up the Premier League table when they take on Manchester United at Stamford Bridge on Sunday afternoon.

The Blues have enjoyed a mini-revival following the arrival on Guus Hiddink as they extended their unbeaten run to ten games in all competitions with a 0-0 draw at Watford on Wednesday night.

However, the defending champions are still languishing way down in thirteenth place after a disastrous campaign so far, so Hiddink will be hoping to move closer to the top half of the table with a win tomorrow.

United head in to the game in decent form themselves with the pressure easing on Louis van Gaal following consecutive victories over Derby and Stoke which have seen the Red Devils score six goals.

van Gaal will be demanding another win tomorrow as they sit fifth in the table and could be seven points adrift of the top four if Arsenal beat Bournemouth, so United desperately require a win to keep their Champions League qualification hopes alive.

Chelsea are expected to recall Eden Hazard to the starting eleven after the Belgian international was left on the bench for Wednesday’s draw at Watford.

Pedro Rodriguez will be handed a late fitness test after missing the trip to Vicarage Road with a minor knock but Loic Remy and Radamel Falcao are both still out through injury.

Alexandre Pato is training intensively following his loan move but won’t be considered for selection just yet as he’s lacking match fitness.

United could welcome Phil Jones back in to the squad after he returned to full training following a foot injury but Bastian Sweinsteiger remains out with a knee problem.

Marouane Fellaini is expected to recover from a knock but Marcos Rojo, Luke Shaw, Antonio Valencia and Ashley Young all remain unavailable for selection. 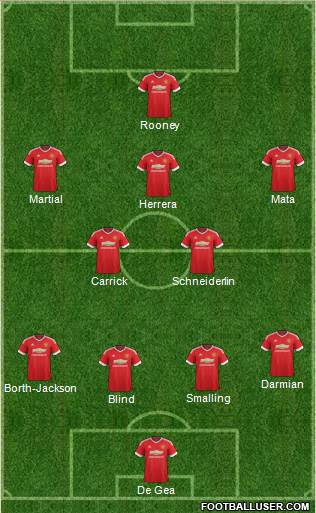 Chelsea 1-1 Man Utd: The Blues have become hard to beat again under Hiddink but United have more to play for in this game as they chase the top four, so I think the Red Devils will earn a valuable point.

Chelsea are the 11/10 favourites to win the game but Football-Talk can get you enhanced odds of 6/1 on the Blues or 10/1 on a United win – just click here to take advantage of these crazy odds. My prediction of 1-1 is on offer at 11/2 while I also like the look of Hazard to open the scoring at 7/1. If you combined those two bets in a score-cast then we get very tempting odds of 40/1.