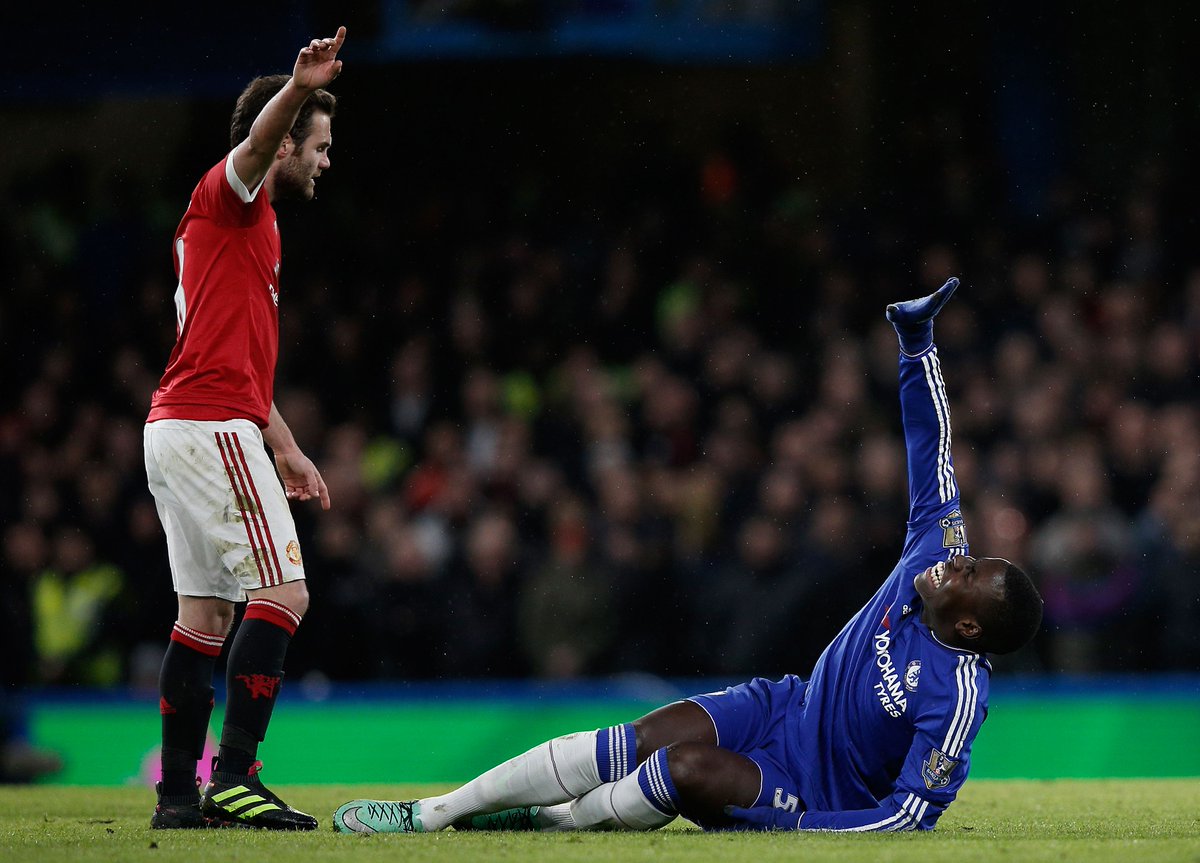 Chelsea star Kurt Zouma has taken to Twitter after being ruled out for the rest of the season with a serious knee injury.

Zouma was forced off midway through the second half of Chelsea’s 1-1 draw with Manchester United at Stamford Bridge on Sunday afternoon after falling awkwardly while making a routine clearance.

The French international was sent for scans on Monday afternoon and unfortunately it’s bad news as the results have shown he’s ruptured the anterior cruciate knee ligament in his right knee.

A statement on Chelseafc.com confirmed that Zouma is now set to undergo surgery to repair the injury and he’ll not only miss the rest of the Premier League season, but he’s expected to be ruled out for around six months which would also see him sit out this summer’s European Championships.

The 21-year-old centre-back has taken to Twitter this evening to confirm the injury and insist he’ll come back stronger than ever before thanking his fans for all their messages of support.

“Scan today has shown I injured my ACL. I will have surgery this week & will come back stronger. Thank you everyone for all the messages.”

Obviously this will come as a significant blow to Chelsea as Zouma has become a key figure in their back four this season and he’s started in 16 of Chelsea’s last 19 games in all competitions after ousting Gary Cahill from the starting eleven.

However, it’s also a devastating blow for the player himself as Zouma would have been hoping to play a major part for France in the Euro’s – which will be held in his home country this summer.

Scan today has shown I injured my ACL. I will have surgery this week & will come back stronger. Thank you everyone for all the messages