With the winter transfer window closed, manager’s are now looking ahead towards the summer and planning deals for next season. Today, Arsenal and Chelsea are linked with Dimitri Payet…. 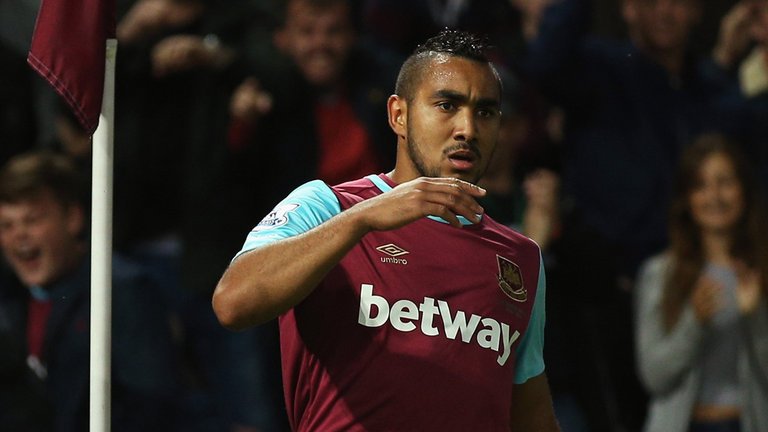 Arsenal and Chelsea are eyeing summer moves for West Ham attacker Dimitri Payet but the Hammers are confident of tying him down to a new contract, according to the Express.

Payet has been a huge hit at Upton Park following his move from Marseille last summer with the attacker chipping in with six goals and 5 assists in his 22 appearances to help Slaven Bilic’s side to sixth in the Premier League.

Understandably, his impressive performances have attracted interest from some of the big-boys with the Express claiming that Arsenal and Chelsea are among the clubs who are showing a keen interest in luring Payet away this summer.

The newspaper says that the London duo have been placed on alert after the 28-year-old’s representatives had reportedly demanded a new £125,000-a-week deal – nearly twice his current £65,000-a-week wage – after opening talks with West Ham officials over a new contract.

However, the Hammers moved swiftly to play down those reports after releasing a statement on WHUFC.com insisting that Payet’s agent has not demanded extravagant wages and they are confident of agreeing terms on a new deal soon.

“Following reports in today’s media, West Ham United would like to clarify that at no time have Dimitri Payet or his agent made any demands to the Club over a new contract.

“However, the Club can confirm that due to Dimitri’s outstanding impact since his arrival at the Boleyn Ground, they have initiated amicable and productive talks about an improvement and extension to his contract.

“Those talks are progressing well and it is hoped they can be concluded shortly.

“Dimitri would like to make clear that he is very proud to play for West Ham United and he appreciates the support he has received from the Board, manager and fans since he joined the Club in the summer.”

For West Ham to have released an official statement on the matter, they must be extremely confident of tying Payet down to a new contract over the coming weeks, however, this doesn’t guarantee that he’ll stay in the summer.

Contracts these days are barely worth the paper they’re written on so if Payet does sign a lucrative new deal, the chances are it will only mean West Ham have protected their asset and will get a higher fee if he’s sold.

I think the French international would be an excellent signing for either Arsenal or Chelsea but while he’s the ‘main man’ at Upton Park, he’d face some stiff competition if he was to move to either the Emirates or Stamford Bridge this summer.

Mesut Ozil plays in a similar role to Payet at Arsenal and has been one of the players of the season this year, while Oscar, Cesc Fabregas and Eden Hazard have all filled the central attacking midfield role at Chelsea this season, so he’d not be guaranteed regular action at either club.

Obviously a big-money move may be attractive to Payet but sometimes a player is better off staying where he is to get regular game-time.