Louis van Gaal has confirmed a triple injury blow ahead of Manchester United’s clash with Sunderland but there is better news on two of their stars. 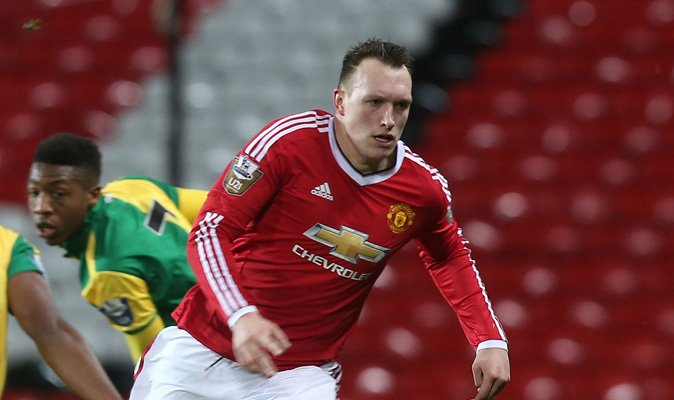 Manchester United will look to give their top four hopes a major boost when they take on Sunderland at the Stadium of Light on Saturday afternoon.

The Dutchman revealed a triple injury blow with the news that Phil Jones, Guillermo Varela and Adnan Januzaj all picked up injuries while playing for the under-21’s during the 7-0 thrashing of Norwich City on Monday night.

Jones has been on the sidelines with a foot injury in recent weeks and stepped-up his comeback with a run-out for the reserve side, but unfortunately it looks like his first team return has now been delayed after he sustained a knock at Old Trafford.

Varela and Januzaj also sustained injuries against the Canaries so they’ll join Bastian Schweinsteiger on the sidelines as van Gaal confirmed that the German international has been given a mini holiday as he looks to overcome a niggling knee injury.

However, there was some more positive news on the recovery of Marcos Rojo and Antonio Valencia as the United boss revealed that they are closing-in on making their first team comebacks.

Rojo has been out since undergoing shoulder surgery in early December while Valencia has been recovering from foot surgery since way back in November, but van Gaal is hoping to have the duo back ‘as soon as possible’.

“It’s not looking good because I also let my players play in the second team and various players [Jones, Varela & Januzaj] were injured again,”

“They’re not very nasty injuries but I still have to give them time to recover.

“It is a big pity because Jones is a very good central defender and we are missing him and also Marcos Rojo for a long time already.

“I cannot say Bastian is returning within two weeks because I have given him, more or less, a little holiday as he also has to change his mindset. It’s good for players. I have done that also with Antonio Valencia, Marcos Rojo and Luke Shaw, for example, when you are injured for longer than normal.

“The light at the end of the tunnel is more for Rojo and for Valencia. They are coming back and I hope it’s as soon as possible.”

It’s unclear how much longer Rojo and Valencia will be out for but it’s understandable that van Gaal is desperate to get them back quickly as he’s seen his defensive options decimated this season.

United head to the Stadium of Light looking for a win in order to cut the gap on fourth-placed Manchester City to just three points and give their Champions League qualification hopes a major boost.