The draw for the last-16 of the Europa League has taken place this afternoon and it’s thrown up some huge ties. Check out the full draw details here

The draw for the last-16 of the Europa League has taken place this afternoon and two Premier League giants have been pitted against each other with Liverpool drawn to face north-west rivals Manchester United.

Manchester United booked their place in the draw after eventually seeing-off Danish minnows Midtjylland 6-3 on aggregate last night thanks largely to a brace from teenage striker Marcus Rashford.

Liverpool scraped into the last 16 after a narrow 1-0 aggregate victory over German outfit Augsburg and the Merseysiders will now host United for the first leg on March 10th before heading to Old Trafford for the second leg the following Thursday.

Tottenham Hotspur eased through the first knockout stage after a 4-1 aggregate victory over Fiorentina and the north Londoners will now face another tough test in the form of Bundesliga giants Borussia Dortmund.

Spurs will head to the Westfalonstadion for the first leg before hosting the German outfit at White Hart Lane on March 17th.

It’s safe to say the draw has thrown up some HUGE ties for the three Premier League teams. Check out the full draw here: 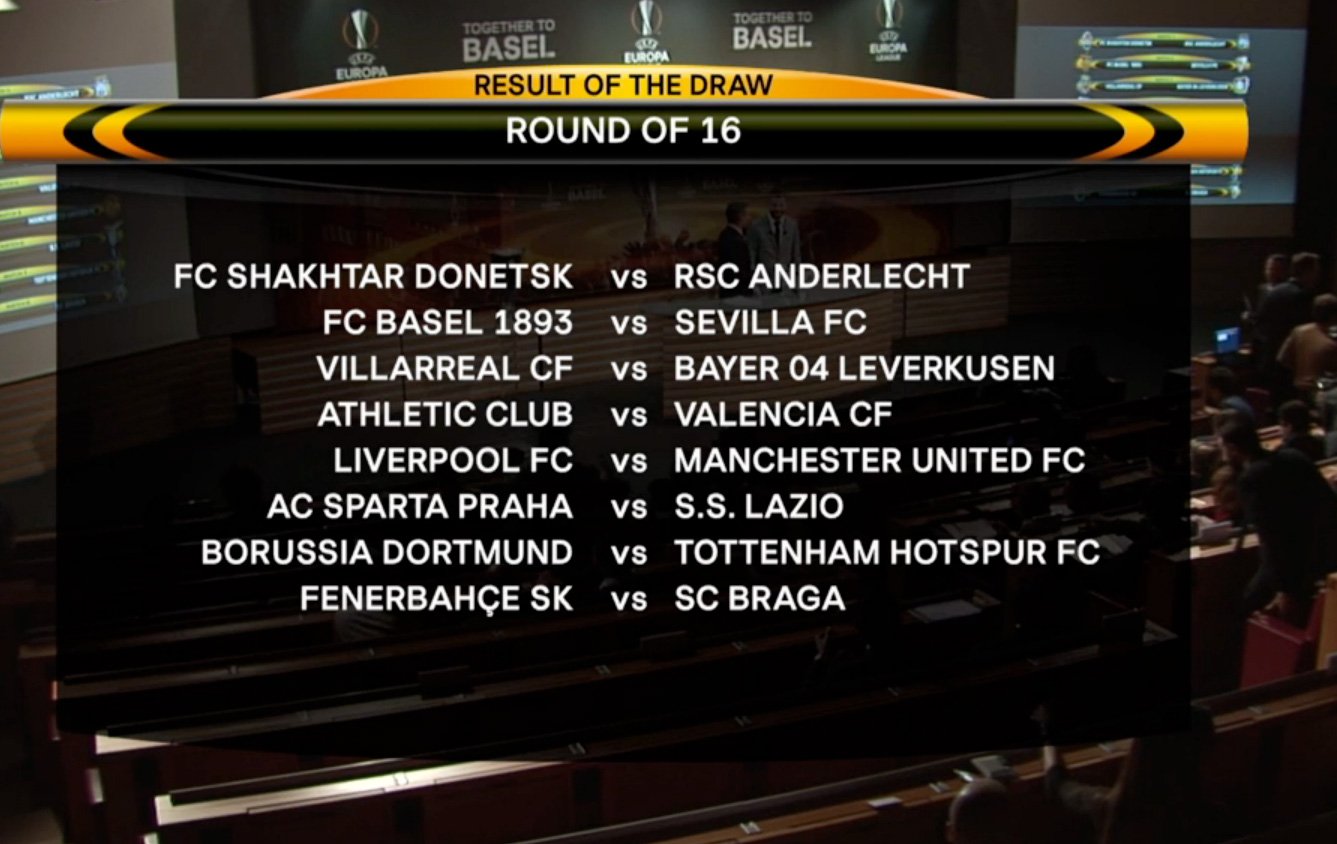