Chelsea take on Southampton at St Marys on Saturday. Here’s a preview with team news, likely line-ups, betting tips and predicted score for the game

Chelsea will look to continue their recent good form when they take on Southampton at St Marys Stadium on Saturday afternoon.

The Blues have lost just once in their last thirteen games and that was a 2-1 defeat at Paris Saint-Germain in the Champions League last week so Guus Hiddink will be hoping to keep-up their solid form tomorrow.

The West Londoners eased in to the quarter finals of the FA Cup with a 5-1 win over Manchester City last time out but it’s league matters that are on the agenda tomorrow and Chelsea could climb in to the top half of the table with a win on the south coast.

Southampton won’t be easy opposition though as Ronald Koeman’s men are on an excellent run themselves having won five of their last six games and won 3-1 at Stamford Bridge earlier in the season.

Chelsea will once again be without John Terry as the skipper is still nursing a hamstring injury that’s troubled him over the past two weeks.

With Kurt Zouma out for the season with a knee injury, Branislav Ivanovic is set to continue alongside Gary Cahill in the middle of defence with Baba Rahman at left-back.

Radamel Falcao remains on the sidelines with a niggling thigh injury while Alexandre Pato isn’t available for selection just yet as he continues to build his fitness following his loan move from Corinthians.

Southampton will be without the suspended Victor Wanyama for the game so Steven Davis could start with Jordi Clasie in midfield.

Florin Gardos and Jay Rodriguez are back in training but aren’t considered fit enough to make their returns to the squad just yet. 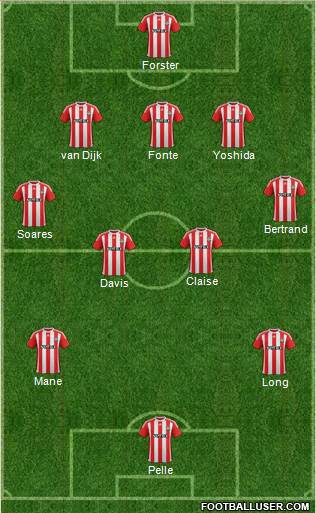 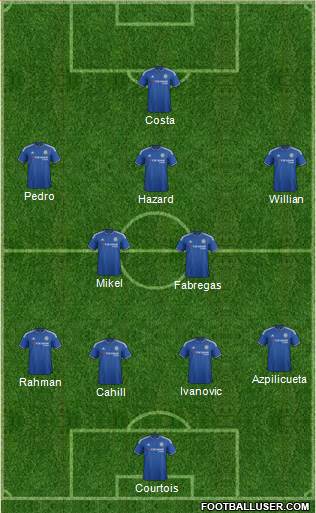 Southampton 1-1 Chelsea: The Blues have regained some form lately but Southampton have been a tough nut to crack themselves and they’ve not conceded a league goal in over nine hours of play. I expect this to be a good contest which will end in a 1-1 draw.

The bookmakers are struggling to separate the two teams and as I’ve outlined above, I can see this ending in a draw myself. My prediction of 1-1 is on offer at 11/2 but if you want a little more value then throw in Diego Costa as the first goalscorer to get very tempting odds of 30/1.