Tottenham will look to keep the pressure on at the top of the table when they take on Swansea at White Hart Lane on Sunday afternoon.

Spurs put themselves right in the mix for the Premier League title this season with a superb 2-1 victory at Manchester City two weeks ago so they’ll be looking to build some momentum off the back of that result.

Maurcio Pochettino’s men crashed out of the FA Cup at the hands of Crystal Palace last weekend but they bounced back after easing in to the next phase of the Europa League with an impressive 3-0 victory over Fiorentina on Thursday night.

Swansea arrive in the capital off the back of a disappointing defeat to Southampton which left them sitting 16th in the table so new boss Francesco Guidolin will be desperate to come away with a positive result tomorrow in order to put some daylight between them and the bottom three.

Tottenham are expected to welcome back Harry Kane after the striker missed the win over Fiorentina in midweek with a broken nose – although he will be forced to wear a protective face mask.

Hugo Lloris made a successful return from injury last time out but Mousa Dembele will miss the match tomorrow with a groin injury while Tom Carroll is out with an Achilles problem.

Jan Vertonghen remains on the sidelines with a knee injury so Kevin Wimmer should continue alongside Toby Alderweireld at the back.

Swansea have no fresh injury worries to contend with after Jefferson Montero was passed fit for the game despite being forced out of training during the week. 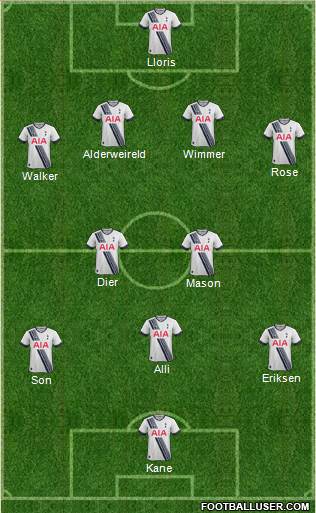 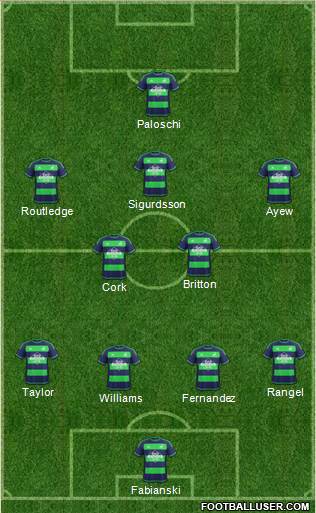 Tottenham 2-0 Swansea: Spurs have been in great form of late and I can’t see past anything other than a home win here, as long as the North Londoners don’t suffer any sort of European hangover. Swansea are a solid side but I don’t think they’ll pose too much of a threat for Spurs this weekend.

Tottenham are the 4/9 favourties with the bookmakers but Football-Talk can get you enhanced odds of 4/1 on a Spurs win – just click here to take advantage of these incredible odds. My prediction of 2-0 is on offer at 11/2 while I also like the look of Harry Kane opening the scoring at odds of 3/1. If you combined those two bets in a score-cast then we get very tempting odds of 12/1.