Marcus Rashford capped-off a dream four days after scoring twice to secure Man Utd a 3-2 victory over Arsenal at Old Trafford. Here are our United ratings: 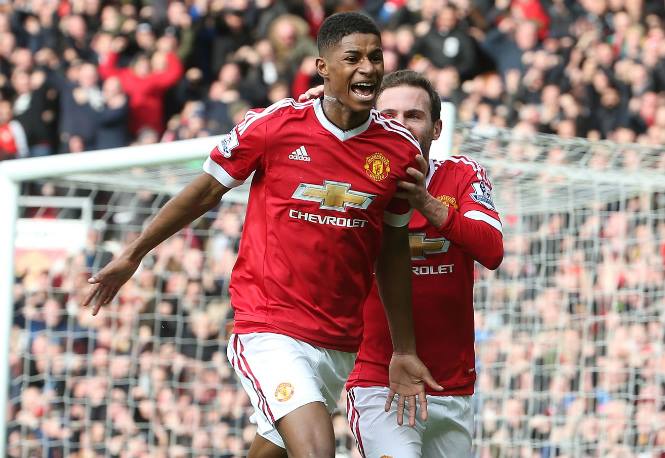 Marcus Rashford capped-off a dream four days after scoring twice to secure Manchester United a 3-2 victory over Arsenal at Old Trafford this afternoon.

Here are our United ratings:

Varela  6.5/10 | Recovered from an early booking to put in a decent shift and keep Sanchez under wraps.

Carrick  7/10 | Was excellent at centre-back, winning everything in the air and made a couple of important tackles.

Blind  6.5/10 | Another solid shift from the Dutchman at the back. Didn’t really put a foot wrong.

Rojo  6/10 | Forced off early in the second half with an ankle injury.

Schneiderlin  7/10 | Another impressive performance in midfield from the Frenchman but he should have done better for the Welbeck goal.

Herrera  7/10 | Scored the winner with a deflected strike during a lively display.

Lingard  6.5/10 | Provided the assist for Rashford’s second goal and put in a solid shift.

Mata  7/10 | His experience was important during the final stages and he was very good on the ball.

Memphis  6.5/10 | Not as influential as he was in midweek but still gave Arsenal a few problems.

Rashford  8/10 | Outstanding. Capped a dream four days with another brace in a hugely impressive performance.

WATCH VIDEO HIGHLIGHTS AND ALL THE GOALS HERE

The win sees United climb back up to fifth in the Premier League and to within three points of fourth-placed Manchester City.