Arsenal will be looking to close the gap on Premier League leaders Leicester City when they take on Swansea City at the Emirates tonight.

The Foxes were held to a 2-2 draw at home by West Bromwich Albion last night so we have the chance to move to within three points of the top with victory this evening.

However, we’ll have to put in a far better performance than we did on Sunday having slumped to a hugely disappointing 3-2 defeat at the hands of an under-strength Manchester United side at Old Trafford.

That loss came off the back of another poor result against Barcelona in the Champions League so we desperately need to get back to winning ways if we’re to remain in the title race.

Swansea arrive at the Emirates having relinquished the lead to lose 2-1 at Tottenham on Sunday and they’re in need of points themselves as they currently sit just three points above the relegation zone, so we shouldn’t be expecting any favours.

Arsene Wenger has hinted he will rest Danny Welbeck for the game after the striker played 83 minutes on his first league start in 11 months on Sunday.

Theo Walcott could also drop out after a disappointing display at Old Trafford with Olivier Giroud and Joel Campbell pushing for recalls.

Santi Cazorla has been ruled out for the foreseeable future after suffering an Achilles injury in training while Jack Wilshere is still at least three weeks away from making his long-awaited return.

Alex Oxlade-Chamberlain is out for around eight weeks with a knee injury so he joins Mikel Arteta and Tomas Rosicky on the sidelines.

Swansea come in to the game with the luxury of having a fully-fit squad to choose from. 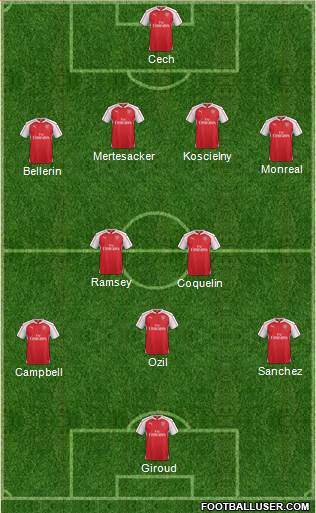 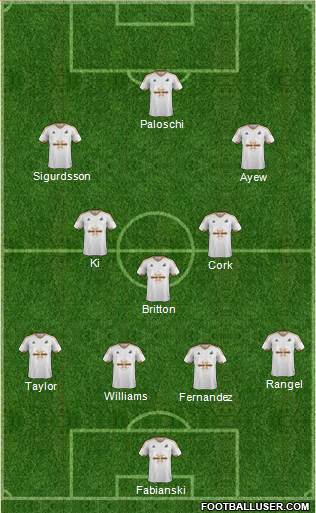 Arsenal 2-1 Swansea: We desperately need to get our season back on track but I don’t think this is going to be an easy game. Swansea have become something of a bogey team for us, with the Welsh outfit winning four of the last nine league matches against Arsenal, including two at the Emirates. However, Arsene is usually pretty good at getting a reaction from his players following a disappointment so I’m going to back us to collect a much-needed three points tonight.

Arsenal are the 1/3 favourites to win the game but Football-Talk can get you enhanced odds of 3/1 on a home win – just click here to take advantage of these crazy odds. My prediction of 2-1 is on offer at 8/1 while I also like the look of Alexis Sanchez to open the scoring at 4/1. The Chilean is certainly due a goal. If we combined those two bets in a score-cast then we get very tempting odds of 22/1.