Tottenham will look to climb to the top of the Premier League table when they take on West Ham at Upton Park tonight.

Spurs have now been installed as the bookamkers favourites for the title following Leicester City’s 2-2 draw with West Bromwich Albion last night.

The North Londoner can move level on points with the Foxes with a win tonight but will go top due to their superior goal difference so Mauricio Pochettino will be desperate to secure what would be a seventh consecutive league win.

However, West Ham will be tough opposition for Tottenham and Slaven Bilic will be be looking to build on Saturday’s win over Sunderland which has left them sitting sixth in the table and just a point adrift of Man Utd.

Tottenham will hand a late fitness test to Dele Alli after he picked up a minor ankle injury before Sunday’s 2-1 win over Swansea City, although Pochettino is unlikely to take any risks with the midfielder ahead of Saturday’s huge North London derby.

Tom Carroll is back in contention after recovering from an Achilles injury but Mousa Dembele remains out with a groin problem so he stays on the sidelines along with Jan Vertonghen and Clinton N’Jie.

West Ham could recall Diafra Sakho to the squad after he recovered from a thigh injury but he’s unlikely to be ready to start just yet so a place on the bench is the best he can hope for.

Winston Reid  and Joey O’Brien are still nursing hamstring injuries so they remain on the sidelines with James Tomkins and Enner Valencia, while Sam Byram is out through suspension. 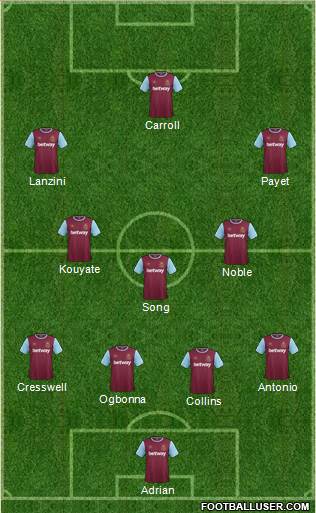 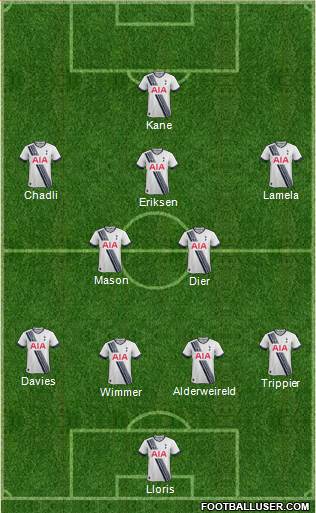 West Ham 1-1 Tottenham: Spurs are a well organised outfit who are in fine form right now but the Hammers are a strong team and are always up for it when Tottenham come to East London. Therefore, I can see this one ending in a score draw.

Tottenham are the narrow 19/20 favourties with the bookmakers but my prediction of 1-1 is on offer at 6/1 while I also like Andy Carroll in as first goalscorer at 7/1. If you want a little more value, why not combined those two bets in a score-cast as we get very tempting odds of 40/1.