Man Utd take on West Brom at the Hawthorns on Sunday. Here’s a preview with team news, likely line-ups, betting tips and predicted score for the game

Manchester United will look to give their top four hopes a boost when they take on West Brom at the Hawthorns on Sunday afternoon.

United have rejuvenated their season with four consecutive victories in all competitions and back-to-back league wins against Arsenal and Watford have seen the Red Devils creep back in to the top four reckoning.

United have slipped to sixth place in the table and three points adrift of fourth-placed Manchester City following Saturday’s results so Louis van Gaal knows his side must come away with all three points tomorrow if they’re to stay in the race for the Champions League places.

However, that won’t be an easy task as West Brom have won two of their last three games to move up to 13th position and Tony Pulis will be keen for another positive result on Sunday to help them move even further away from the relegation mix.

Man Utd are expected to welcome back Chris Smalling to the squad after the defender missed the last three matches with a shoulder injury.

Marouane Fellaini, Antonio Valencia and Phil Jones are also fit and available for selection – although van Gaal has hinted he would prefer to play them with the under-21’s before calling them back in to first team action.

Michael Carrick is also set to return to the side after being rested against Watford on Wednesday night but Wayne Rooney, Bastian Schweinsteiger, Will Keane and Luke Shaw remain on the sidelines.

Marcus Rashford could be given a breather after playing a lot of football over the past two weeks.

West Brom will continue to be without former United defender Jonny Evans as he nurses a hamstring injury while Chris Brunt has been ruled out for the rest of the season with a knee injury.

Callum McManaman and James Morrison are also still on the sidelines. 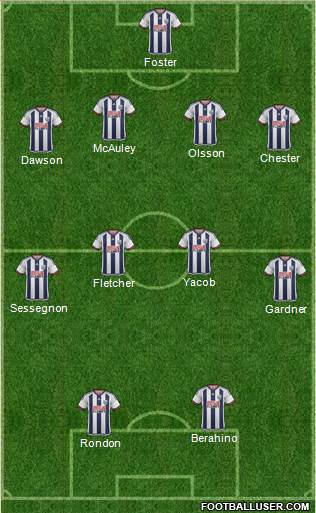 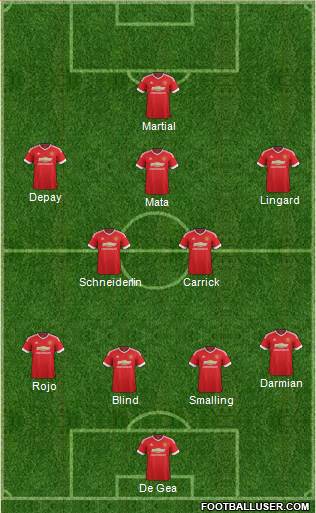 West Brom 1-2 Man Utd: United seem to have found some form again but I expect this to be a tricky test for the Red Devils as West Brom can be a solid side when they are on their game. However, the visitors need a win to maintain their top four push and I can see United edging this one.

Man Utd are the 21/20 favourites to win the game but Football-Talk can get you enhanced odds of 5/1 on an away win – just click here to take advantage of these crazy odds. My prediction of 2-1 is on offer at 17/2 while I also like the look of Anthony Martial to open the scoring at 9/2. If you combined those two bets in a score-cast then we get very tempting odds of 25/1.