Some of the Manchester United players have been enjoying a relaxed night out ahead of their crucial Europa League first leg clash with Liverpool on Thursday night.

Wayne Rooney has just returned from a week-long break in Dubai as he continues to recover from a serious knee injury but the skipper was among the players who attended an Adele concert in Manchester on Monday night.

Rooney was joined by his wife Coleen at the sold out Manchester Arena last night while team mates Juan Mata, Morgan Schneiderlin and Michael Carrick were also in attendance to see the signing sensation in action.

Injured Rooney has already been out for over three weeks with his knee injury and he won’t be fit for United’s Europa League first leg trip to Anfield but fans will be pleased to see him walking freely without a leg brace.

While the United captain won’t be involved against the Merseysiders, boss Louis van Gaal will be hoping Mata, Schneiderlin and Carrick didn’t get late nights as the trio are all expected to feature against Liverpool on Thursday.

United head to Anfield looking to bounce back from Sunday’s disappointing 1-0 defeat at West Bromwich Albion which has dented their top four hopes, so van Gaal will be desperate to beat their fierce north-west rivals and progress in the Europa League.

Check out some photos of the United players going to watch Adele below: 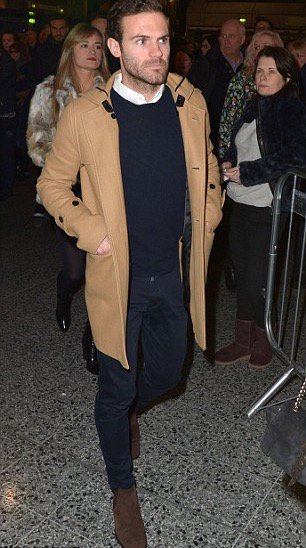 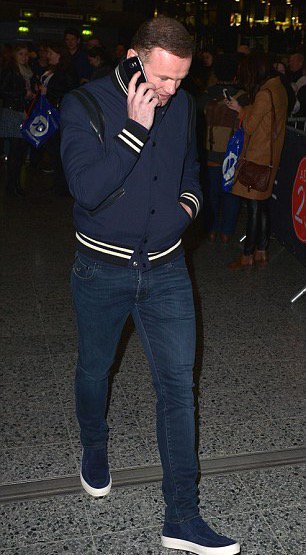