It was mixed news for Chelsea today as Diego Costa, Pedro and Kenedy were all able to take part in training ahead of the PSG game but John Terry was missing

It was mixed news for Chelsea today as Diego Costa, Pedro and Kenedy were all able to take part in training ahead of tomorrow’s PSG game but John Terry was still missing.

However, Chelsea have been handed a huge boost as the Brazilian-born hitman was able to train with the rest of his team mates at Cobham this morning and is now set to return to the squad tomorrow.

In a further boost for Guus Hiddink’s men, Pedro was also on the training pitch as the Spanish international looks to make his comeback following two weeks on the sidelines with a hamstring injury.

Youngster Kenedy was also involved today after missing the Stoke game at the weekend with a groin problem that he picked up against Norwich City last week while Radamel Falcao continued to work on his fitness following a frustrating few months on the sidelines.

However, it wasn’t all good news as John Terry was once again absent as the skipper continues to nurse a hamstring injury that’s already kept him out of Chelsea’s last five matches.

Hiddink was hoping the centre-back would be able to take part in training today in order to try and prove his fitness ahead of the PSG game but it looks like the 35-year-old has now run out of time and will sit this one out tomorrow night.

Here are some photos and a video from today’s session: 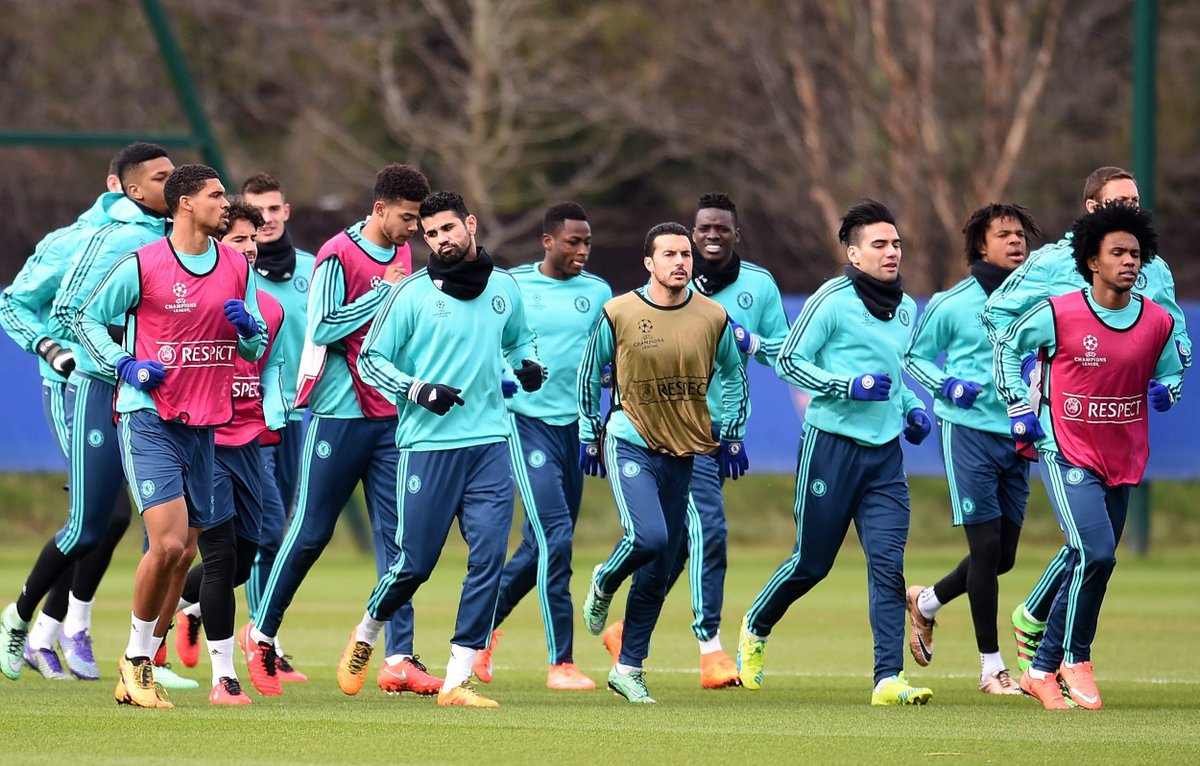