Chelsea take on PSG in the Champions League at Stamford Bridge this evening. Here’s a preview with team news, likely line-ups, betting tips and predicted score

Chelsea will look to book their place in the last 8 of the Champions League when they take on PSG at Stamford Bridge tonight.

The Blues know only victory will do after losing the first leg 2-1 at the Parc des Prince three weeks ago but the West Londoners should be confident of turning things around on home soil.

John Obi Mikel’s goal in France means a 1-0 win tonight will be enough to see Chelsea progress to the quarter finals on the away goals rule while a repeat 2-1 victory will see the game sent in to extra time.

Guus Hiddink has certainly steadied the ship since replacing Jose Mourinho in December but Saturday’s 1-1 draw with Stoke has all-but ended their slim hopes of finishing in the top four so the Blues are going to have to win the competition if they want to be playing Champions League football again next season.

That won’t be an easy task as PSG come in to the game having lost just one away game all season, and that was at Real Madrid, so Chelsea know they’ll have to be on their best form to get a positive result tonight.

Chelsea will continue to be without John Terry as the skipper has failed to recover from a hamstring injury that’s already kept him out for the last five games.

With Kurt Zouma out for the rest of the season with a serious knee injury, Branislav Ivanovic will once again start alongside Gary Cahill at the back.

There is more positive news on Diego Costa as the striker has been passed fit to face PSG after missing the Stoke game with a minor tendon problem while Pedro is also available again having recovered from injury.

As for PSG, Laurent Blanc is set to recall a number of his first team regulars after resting his key men for Saturday’s draw at Montpellier but Italian midfielder Marco Verratti is a doubt for the game. 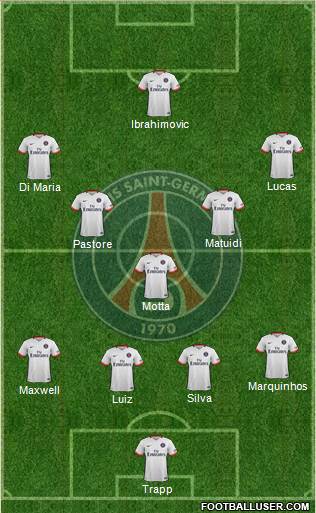 Chelsea 1-1 PSG: The Blues have certainly improved in recent months but PSG are going to pose a huge problem for them this evening. The Ligue 1 champions are a very dangerous outfit and while I can see Chelsea pushing them close, I just don’t think they’ll be able to stop the French side scoring. I’m going for 1-1 tonight with PSG to progress 3-2 on aggregate.

Chelsea are the narrow 9/5 favourites with the bookmakers but Football-Talk can get you enhanced odds of 8/1 on a home win – just click here to take advantage of these crazy odds. My prediction of 1-1 is on offer at 11/2 while I also like the look of Diego Costa as the first goalscorer at 5/1, and if we combine those bets in a score-cast then we get very tempting odds of 30/1.