Liverpool Star Closing In On Comeback After Offering Injury Update

Lucas Leiva has offered an update on his recovery from a thigh injury with the Liverpool midfielder hoping to make his return to action as soon as possible. 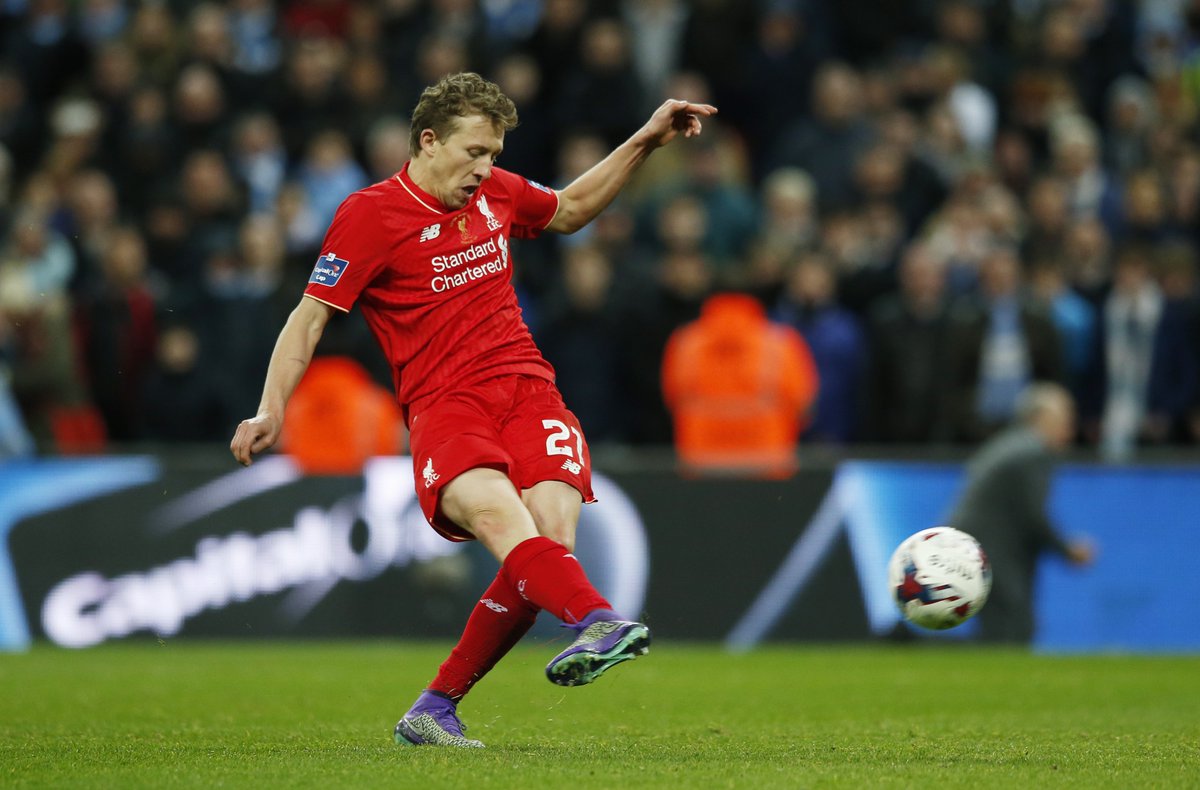 Lucas Leiva has offered an update on his recovery from a thigh injury with the Liverpool midfielder hoping to make his return to action as soon as possible.

The 29-year-old was sidelined once again after suffering a thigh injury while taking a penalty during Liverpool’s shoot-out defeat to Manchester City in the final of the Capital One Cup last month.

There were suggestions that Leiva may not play again this season, however, the midfielder has revealed that his rehabilitation is going well and he’s not given up hope of featuring in Liverpool’s Europa League quarter final clash with Borussia Dortmund.

“It’s going really well, I’m progressing very well. Hopefully it won’t be too long now until I’m back to full training, and hopefully I’ll play a big part at the end of the season.”

Liverpool travel to Germany to take on Dortmund in the first leg next Thursday so it’s highly unlikely Leiva will be ready for that game but he may be available for the return leg at Anfield the following week on April 14th as long as he doesn’t suffer any setbacks.

However, it remains to be seen whether the Brazilian will be able to force his way back in to Jurgen Klopp’s starting eleven as the German coach has settled on a midfield three of Jordan Henderson, Emre Can and James Milner in recent weeks while Joe Allen is also pushing for a starting berth.