Liverpool take on Tottenham at Anfield on Saturday afternoon. Here’s a preview with team news, likely line-ups, betting tips and predicted score for the game

Liverpool will be looking for a morale-boosting win when they entertain title-chasing Tottenham Hotspur at Anfield on Saturday evening.

The Reds saw their hopes of finishing in the top four dented after letting slip a two-goal lead to lose 3-2 at Southampton before the international break to leave them trailing fourth-placed Manchester City by seven points.

The Merseysiders do still have a game in hand on the Citizens so victory tomorrow would give their chances of sneaking Champions League qualification a major boost while it would also be the perfect way to prepare for next weeks huge Europa League quarter final first leg with Borussia Dortmund.

Spurs on the other hand are desperate for a win in order to keep pace with league leaders Leicester City and victory at Anfield would see the North Londoners close the gap to just two points ahead of the Foxes game with Southampton on Sunday.

Liverpool will hand a late fitness test to Roberto Firmino as the Brazilian playmaker is still nursing a hamstring injury that’s hampered him for the last three weeks.

Striker Christian Benteke is certain to miss out after suffering a knee injury while away on international duty but Divock Origi has been passed fit for selection despite pulling out of the Belgian squad with a thigh problem last week.

Daniel Sturridge continued to build on his match fitness with run-outs for England during the international break so he should be fit to start up front and Alberto Moreno is available again having recovered from a hamstring injury.

James Milner is back from a one-game suspension while Jordan Henderson is back in contention after recovering from the illness that kept him out of the Southampton game.

Tottenham have been handed a major boost with Toby Alderweireld passed fit after recovering from a stomach bug that he picked up while away on international duty.

Jan Vertonghen is back in full training after overcoming a serious knee injury but this game is likely to come too soon while Erik Lamela is expected to pass a late fitness test after picking up a minor knock with Argentina last week. 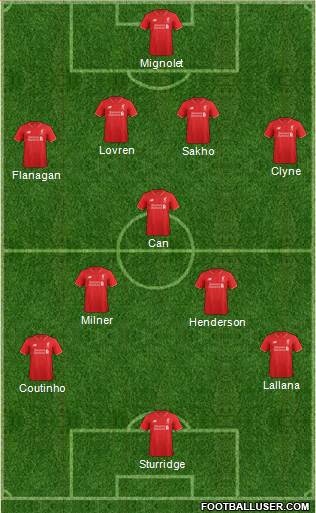 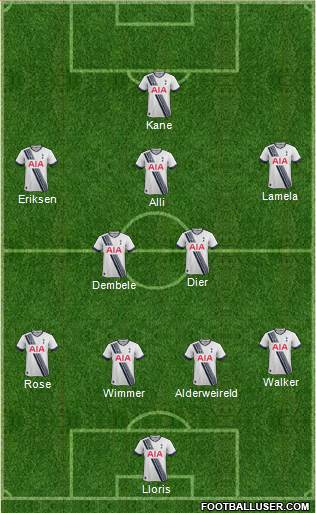 Liverpool 2-1 Tottenham: The Reds have an excellent record at home to Tottenham with the Merseysiders losing just one of their last 21 Premier League games against Spurs at Anfield and have won five of the last six meetings. Mauricio Pochettino’s men are certainly the in-form team of the two sides but I can see Liverpool putting in a performance tomorrow and denting the visitors title bid.

Liverpool are the narrow 6/4 favourites but Football-Talk can get you enhanced odds of 7/1 on a Liverpool win or 10/1 on a Spurs win – just click here to take advantage of this limited time offer. My prediction of 2-1 is available at odds of 17/2 while I also like the look of Sturridge to open the scoring at 11/2. If you combined those two bets in a score-cast then we get very tempting odds of 30/1.