Chelsea and Manchester United have been given the all-clear to sign a £60m-rated South American attacker this summer. Find out all the details here 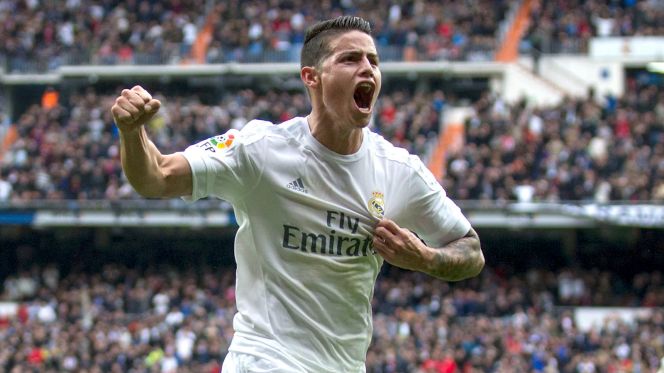 Chelsea and Manchester United have been given the all-clear to sign James Rodriguez this summer after being told by Real Madrid they will sell the Colombian attacker for a cool £60m, according to the Mirror.

Rodriguez became a world-wide name after putting in some outstanding performances for Colombia at the 2014 World Cup finals and his performances in Brazil earned him a big-money move to Madrid that summer.

However, after an encouraging start to life in Spain, the 24-year-old has struggled to make an impact this season and has fallen down the pecking order with the likes of Cristiano Ronaldo, Gareth Bale, Karim Benzema, Toni Kroos and Isco all ahead of him in the pecking order.

It’s led to intense speculation that Rodriguez could be on the move this summer and despite his struggles this season, there should still be a wealth of interest in the South American attacker as he’s a hugely exciting player when on top form.

The Mirror claim that Chelsea and Manchester United are both showing a keen interest in signing Rodriguez this summer and it appears the Premier League giants have now been given the green light to sign the Colombian international.

According to the report, Real Madrid have made it clear to interested parties that they are willing to sell Rodriguez for the same £60m (€75m) fee they paid Monaco for his services two years ago.

It remains to be seen whether the likes of Chelsea or United will be prepared to pay that sort of money but the Mirror suggest that they could yet face stiff competition from Paris Saint-Germain if they fail in their pursuit of Barcelona super-star Neymar.

Obviously it would be an exciting addition if either Chelsea or United were able to agree a deal for Rodriguez but I personally don’t see them paying the reported £60m asking price as the player’s stock isn’t what it was when Madrid bought him after the World Cup.

Therefore, I can only see a deal being done if the Spanish giants agree to take a hit on their investment and cash-in on Rodriguez for a fee well below £60m this summer.