Roberto Firmino is part of a 20-man Liverpool squad that has flown out to Germany ahead of tomorrow night’s Europa League game with Borussia Dortmund.

Roberto Firmino is part of a 20-man Liverpool squad that has flown out to Germany this afternoon ahead of tomorrow night’s Europa League quarter final with Borussia Dortmund.

The Brazilian attacker has missed Liverpool’s last two matches against Southampton and Tottenham after suffering a hamstring injury during the Reds last-16 second leg clash with Manchester United last month.

The 24-year-old remains a doubt for Thursday’s quarter final first leg at the Westfalenstadion but Jurgen Klopp is going to give the attacker every chance to prove his fitness so has decided to take Firmino with the rest of the squad that flew out to Germany this afternoon.

Klopp will make a late decision over Firmino’s involvement tomorrow and will assess the attackers fitness after Liverpool’s final training session, which will be held at the Westfalenstadion this evening.

It would be a huge boost if Firmino is passed fit as the Brazilian was in excellent form before picking up this untimely hamstring problem having scored three goals in his previous four games, but we’ll have to wait and see if he manages to make the game against Dortmund tomorrow.

According to the Liverpool Echo, this is the 20-man squad that has flown to Germany:

Here are some photos of the Liverpool squad heading out to Dortmund this afternoon, including a snap of Firmino posing for a selfie with Philippe Coutinho on the plane. 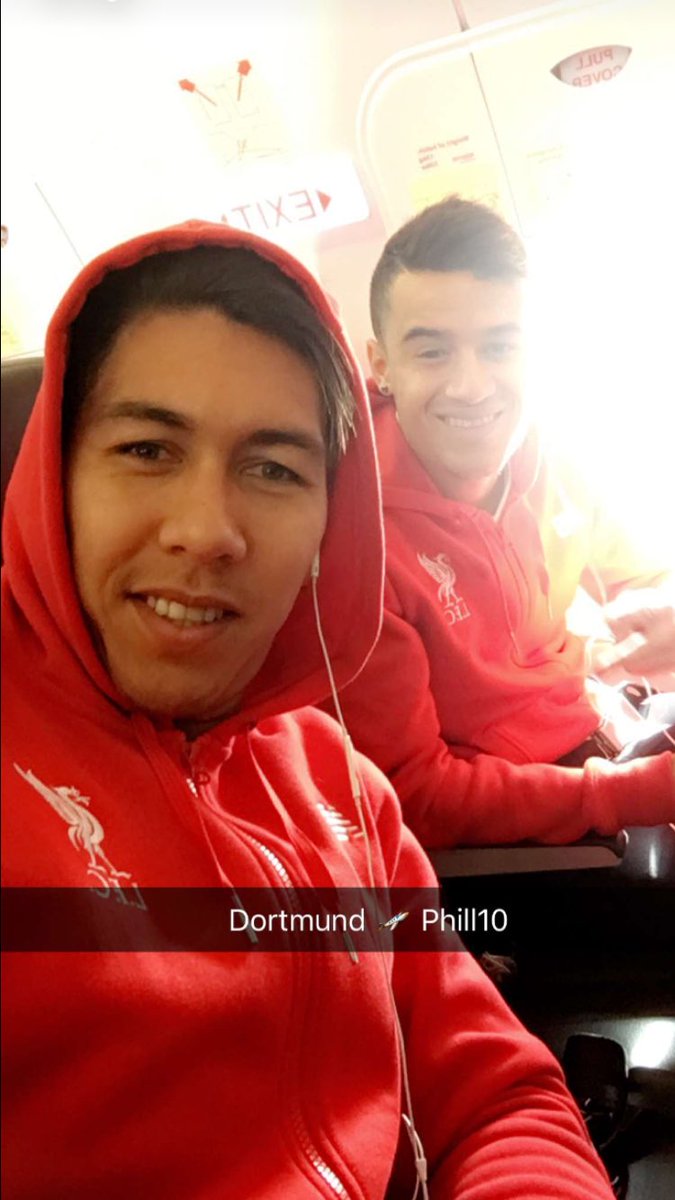 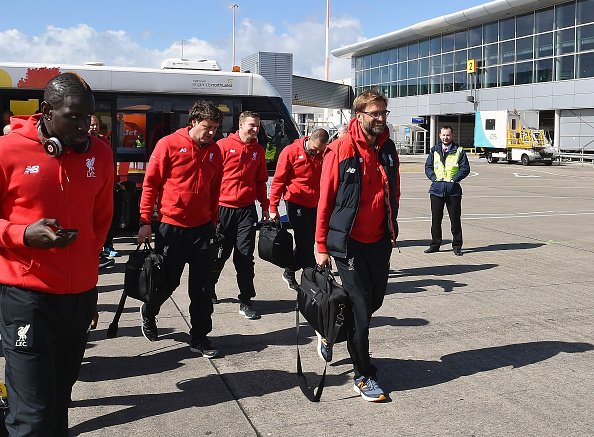 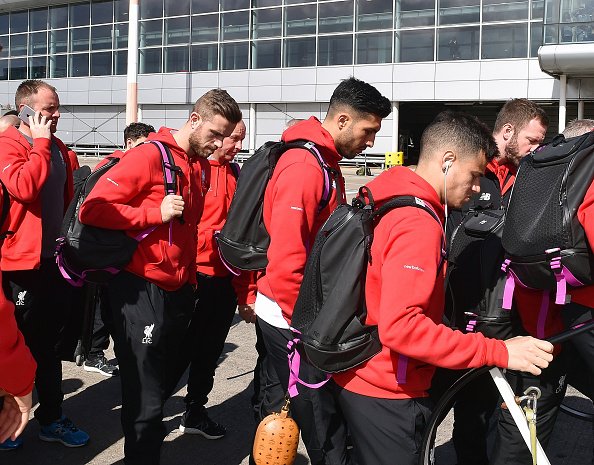 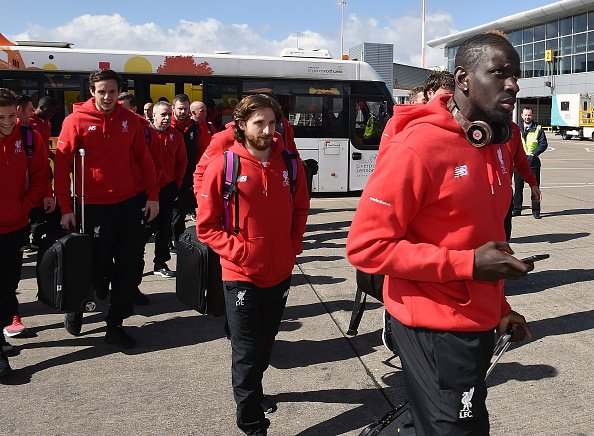