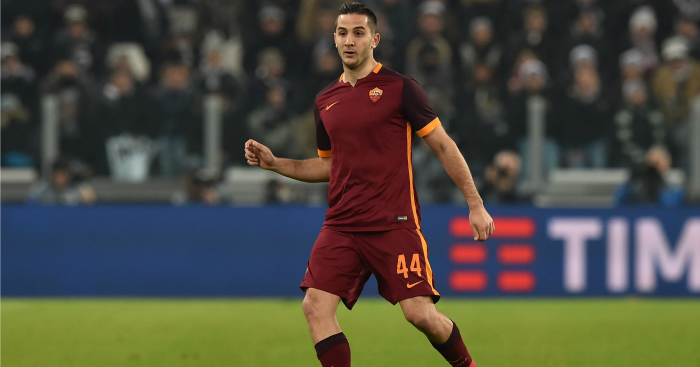 Arsenal are ready to battle it out with Premier League rivals Chelsea over the signature of Roma’s £30m-rated centre-back Kostas Manolas this summer, according to the Express.

Manolas has been on Arsene Wenger’s radar for some time with the Greek international reportedly coming close to making an £8m move to the Emirates from Olympiacos back in 2014.

The proposed deal collapsed at the final minute when Roma hijacked the Gunners move and lured Manolas to Serie A as a replacement for Mehdi Benatia – who had made a big-money move to Bayern Munich.

However, it looks as though Arsenal have continued to keep tabs on the 24-year-old and the Express claim Wenger is now ready to renew his interest after making the former AEK Athens star one of his prime summer transfer targets.

The newspaper suggests that Wenger is keen to bring in another central defender to act as a long-term replacement for Per Mertesacker and Manolas is understood to be firmly in the Frenchman’s sights.

However, Arsenal aren’t the only club being linked with a move for Manolas as the Express claim that new Chelsea manager Antonio Conte is keen to make the Roma ace one of his first signings when he takes over at Stamford Bridge this summer.

Conte is due to replace interim manager Guus Hiddink once he fulfills his duties with Italy at Euro 2016 and a long-term replacement for skipper John Terry is going to be a primary focus for the former Juventus boss.

Manolas would be an excellent signing for either Arsenal or Chelsea as he’s been outstanding at the back for Roma during his debut campaign in Serie A with the Greek star ever-present for Luciano Spalletti’s side this season.

But it’s not going to be easy to prize Manolas away from the Stadio Olimpico this summer as he still has three years left to run on his current contract and the Express claim Roma have slapped a £30m price-tag on his head.

We’ll have to wait and see whether either Arsenal or Chelsea will be prepared to pay that kind of money for the defender’s signature but I think Manolas would be a huge hit in the Premier League if he was to come to these shores this summer.