Chelsea are confident of signing Miralem Pjanic this summer and are ready to offer the £30m-rated Roma midfielder a three-year deal worth £65,000-a-week 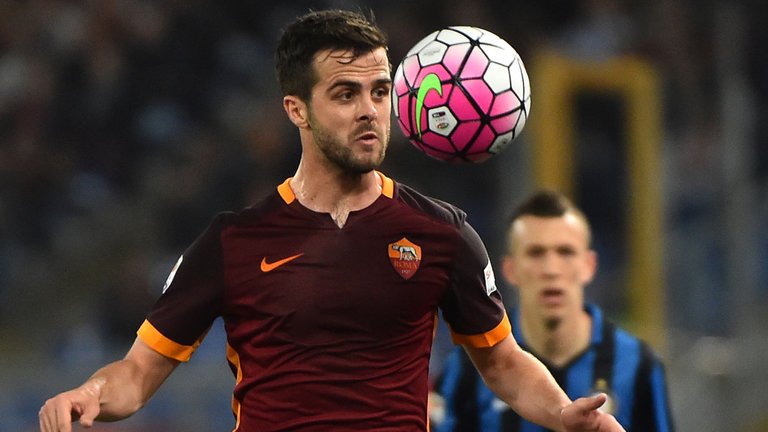 Chelsea are increasingly confident of signing Miralem Pjanic this summer and are ready to offer the £30m-rated Roma midfielder a three-year deal worth £65,000-a-week, according to the Express.

The Blues are gearing up for another summer of upheaval with Antonio Conte set to be busy in the transfer market re-shaping his squad when he takes over from interim boss Guus Hiddink after the Euro’s this summer.

It appears the Italian coach has already drawn-up his list of potential targets as the Express are reporting that he’s set his sights on Roma midfielder Miralem Pjanic with Chelsea understood to be confident of being able to lure him to Stamford Bridge.

The Bosnian international has enjoyed another excellent season in Serie A with his 9 goals and 10 assists in 28 games helping Roma to third position in the table and on course to securing qualification to the Champions League next year.

However, the newspaper claims that Pjanic has already decided to leave the Stadio Olympico this summer in search of a new challenge and Chelsea look to be in pole position to secure his signature.

The Express – who cite the Evening Standard as their source – claim that the defending Premier League champions are ready to offer the 26-year-old a three-year deal worth £65,000-a-week in order to lure the midfielder to West London.

Roma will be desperate to keep hold of Pjanic and he still has two years left to run on his existing contract, but the report states that his deal includes a buy-out clause worth just over £30m so there is little the Italian outfit can do if Chelsea decide to match that figure.

Pjanic is a specialist central midfielder so he’ll battle it out with the likes of Cesc Fabregas, Nemanja Matic and John Obi Mikel for a place in Conte’s starting eleven next season if he does end up making the move to Chelsea this summer.