Arsenal will be looking to put some pressure on the top two when we take on West Ham at Upton Park on Saturday afternoon.

We head in to the weekend action sitting four points off Tottenham and 11 adrift of leaders Leicester City, and with our rivals not playing until Sunday, we simply have to take this opportunity to close the gap.

An impressive 4-0 victory over Watford last weekend kept alive our slim hopes of the title and even with a game in hand, we can’t afford any slip ups if we’re to pull off a minor miracle and overtake the Foxes.

However, West Ham away is no easy game as Slaven Bilic’s side are enjoying an excellent season that’s seeing them make a surprise push for the top four with the East Londoners sitting sixth and just three points off Manchester City.

The Hammers also left the Emirates with a 2-0 win on the opening day of the season so we know only too well what a dangerous side they’ve become this season.

Petr Cech is expected to get a recall to the starting eleven after making his return to the bench last weekend following a month on the sidelines with a calf injury.

Aaron Ramsey is also set to return to the squad after overcoming a thigh problem but the Welsh international may have to make do with a place on the bench as Mohamed Elneny has excelled alongside Francis Coquelin in recent weeks.

Mathieu Flamini is also back in contention after a hamstring injury but I suspect a place on the bench is the best the midfielder can hope for tomorrow.

Jack Wilshere and Tomas Rosicky have stepped up their recoveries with a run out for the under-21 side tonight but they won’t be considered for the first team just yet so remain out along with Alex Oxlade-Chamberlain and Santi Cazorla.

West Ham are able to call upon the services of Cheikhou Kouyate after his red card against Crystal Palace last weekend was overturned so Bilic has the luxury of being able to pick from a fully fit squad as James Collins and Sam Byram are back in contention. 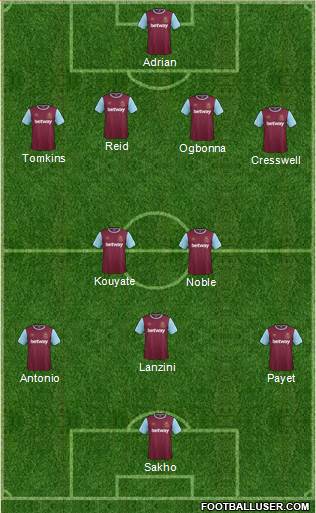 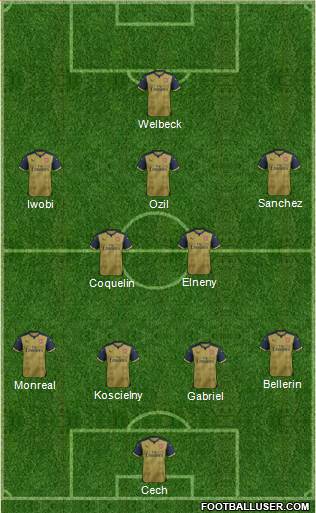 West Ham 1-2 Arsenal: The Hammers are a tough side these days and this is certainly going to be a tricky game. However, we’ve looked back to something like our best in recent games with this new-look line-up and I think we’ll just edge this one tomorrow.

Arsenal are the even money favourites to win the game but Football-Talk can get you enhanced odds of 6/1 on an away win – just click here to take advantage of these crazy odds. My prediction of 2-1 is on offer at 15/2 while I also like the look of Danny Welbeck to open the scoring at 4/1. If we combined those two bets in a score-cast then we get very tempting odds of 20/1.