Liverpool take on Stoke at Anfield on Sunday afternoon. Here’s a preview with team news, likely line-ups, betting tips and predicted score for the game

Liverpool get back to Premier League action when they entertain Stoke City at Anfield on Sunday afternoon.

The Reds took control of their Europa League quarter final clash after coming home from Germany with an impressive 1-1 first leg draw at Borussia Dortmund on Thursday night.

With the second leg coming up at Anfield next week, the players would be forgiven for having one eye on that huge game but Jurgen Klopp insists their focus is on beating Stoke this weekend.

The Potters arrive on Merseyside having seen there chances of qualifying for the Europa League next season take a huge blow as they threw away a two-goal lead to draw with Swansea.

That result leaves Stoke sitting eighth in the Premier League table, one place and two points above Liverpool, and Mark Hughes knows anything other than victory tomorrow will likely end their chances of sneaking a European place.

Liverpool have been dealt a huge blow with the news that Jordan Henderson has been ruled out for six to eight weeks with a knee injury so the skipper will miss the rest of the season.

Lucas Leiva is set for a recall after recovering from a thigh injury while Joe Allen is also set to come back in for the suspended Emre Can in midfield.

Daniel Sturridge is expected to start up front after being left out of the starting eleven at Dortmund while Roberto Firmino is also set to come back in having also been a substitute last time out.

The likes of Nathaniel Clyne and Philippe Coutinho could be given a well earned rest ahead of the second leg with Dortmund.

Stoke welcome back Ryan Shawcross after the defender recovered from a back problem that’s kept him out of the last three games while Xherdan Shaqiri is also expected to get a recall after overcoming a thigh injury.

Glenn Whelan will be assessed before kick off after picking up a minor back injury while Marko Arnautovic is also facing a late fitness test due to a knee injury.

Goalkeeper Jakob Haugaard is set to keep his place after making his debut against Swansea with Jack Butland out injured. 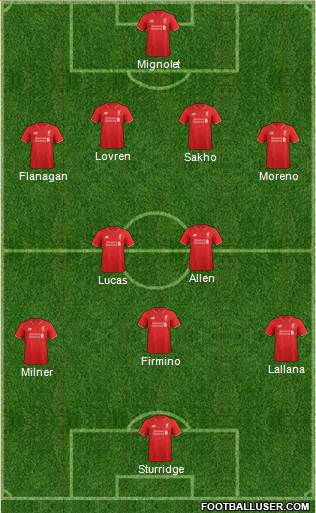 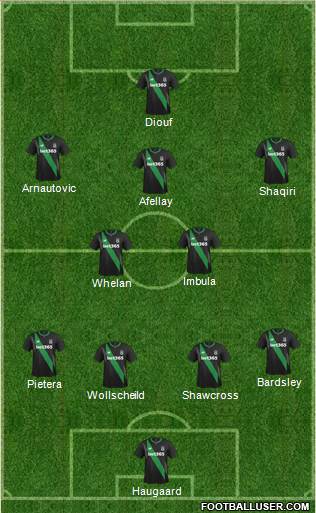 Liverpool 2-0 Stoke: The Reds have won four of the last five meetings against Stoke and I can see that run continuing tomorrow. Klopp is finally getting the squad playing the way he wants and I think Liverpool will have too much for the visitors this weekend.

Liverpool are the 13/20 favourites but if you want a little more value then my prediction of 2-0 is available at odds of 13/2 while I also like the look of Sturridge to open the scoring at 7/2. If you combined those two bets in a score-cast then we get very tempting odds of 16/1.