Manchester United will be looking to close in on the top four when they take on Aston Villa at Old Trafford on Saturday afternoon.

The Red Devils warmed up for the game with a hard fought 2-1 victory over West Ham on Wednesday night which booked their place in the semi-finals of the FA Cup.

However, Louis van Gaal’s men need to get back to domestic matters tomorrow as they head in to the weekend action sitting fifth in the Premier League table and four points adrift of Manchester City.

Last weeks 3-0 defeat at Tottenham was a real blow in United’s pursuit of Champions League qualification but they have an excellent opportunity to cut City’s advantage to just one point ahead of their trip to Chelsea.

Villa arrive in Manchester sitting rock bottom of the table – a staggering 15 points from safety – and with just five games remaining, defeat tomorrow would confirm what we’ve all known for months, that Villa are heading for the Championship.

United have been dealt a blow with Ander Herrera set to miss out after picking up a foot injury at Upton Park in midweek. The severity of the problems isn’t yet known but the Spaniard is certain to watch this one from the stands.

Wayne Rooney is back in the squad and van Gaal has confirmed the skipper should feature from the bench while the Dutchman also suggested he’s ready to make some changes in order to keep his squad fresh.

Antonio Valencia could therefore come in at right-back in order to give youngster Tomothy Fosu-Mensah a rest while Morgan Schneiderlin should come back in with Michael Carrick given a breather.

Juan Mata and Memphis Depay are also pushing for recalls but Bastian Schweinsteiger has been ruled out for the season while Luke Shaw continues to work on his fitness.

Villa remain without Gabby Agbonlahor after he was put on an individual training programme while Jordan Amavi is also out with a knee injury. 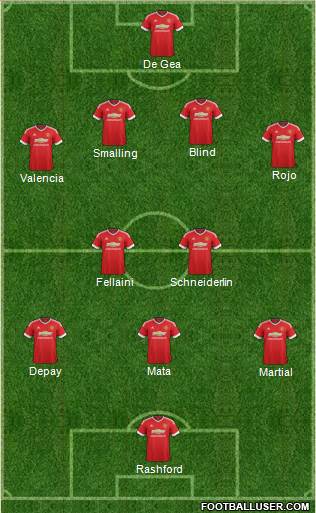 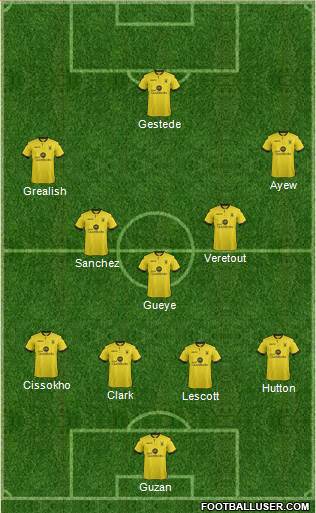 Man Utd 3-0 Aston Villa: United showed their fighting spirit to beat West Ham in midweek but I don’t think they’re going to have to dig so deep to see off Villa tomorrow. The Midlanders have been woeful all season and I expect them to roll over as they’ve done for most of the campaign resulting in a comfortable home win.

Man Utd are the 1/4 favourites but Football-Talk can get you enhanced odds of 3/1 on a home win – just click here to take advantage of these crazy odds. My prediction of 3-0 is available at odds of 13/2 while I also like the look of Anthony Martial to open the scoring at 7/2. If you combined those two bets in a score-cast then we get very tempting odds of 16/1.