Arsenal take on Crystal Palace at the Emirates on Sunday. Here’s a preview with team news, likely line-ups, betting tips and predicted score for the game

Arsenal will be looking to put some pressure on the top two when we take on Crystal Palace at the Emirates on Sunday afternoon.

Last weekend’s thrilling 3-3 draw at West Ham has left us sitting 13 points adrift of league leaders Leicester City and even with a game in hand, our chances of lifting the title are almost certainly over for another year.

The priority for the rest of the season has to be finishing above Tottenham and we can move back up to third and to within three points of our North London rivals with victory over Palace tomorrow ahead of their visit to Stoke on Monday night.

The Eagles make the trip across London knowing they have almost secured their top flight status for another season, although with Sunderland winning at Norwich earlier today, Alan Pardew will be hoping for another win to get them over that all-important 40-point mark.

Arsene Wenger is expected to recall Petr Cech in goal after leaving his number one on the bench at Upton Park last weekend meaning David Ospina is set to drop out.

Per Mertesacker could also come back in to the side in order to help cope with the aerial threat of Emmanuel Adebayor after Andy Carroll exposed our weakness in the air last time out.

Aaron Ramsey is another player who’s pushing for a recall while Jack Wilshere, Tomas Rosicky and Santi Cazorla have all stepped-up their injury comebacks this week, but the trio remain unavailable along with Alex Oxlade-Chamberlain.

Palace will be without Dwight Gayle as the striker is struggling with a muscle problem while Wilfried Zaha is also a doubt with a shoulder complaint. 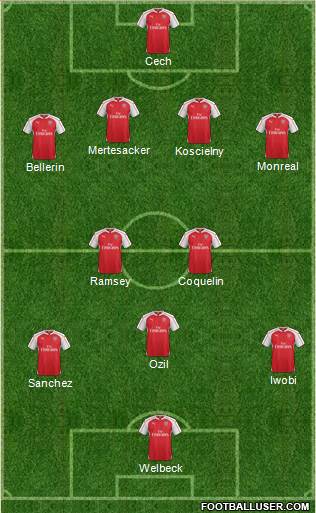 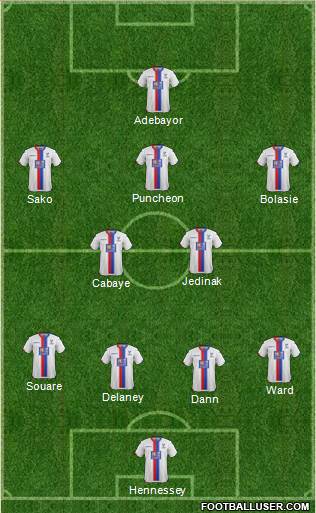 Arsenal 2-0 Crystal Palace: The visistors can be a tricky side on their day but they’ve not been in great form since the turn of the year and have little left to play for this season. We desperately need a win to close the gap on Spurs and I think we’ll secure a relatively comfortable win tomorrow.

Arsenal are the 4/11 favourites to win the game but Football-Talk can get you enhanced odds of 4/1 on a home win – just click here to take advantage of these crazy odds. My prediction of 2-0 is on offer at 6/1 while I also like the look of Danny Welbeck to open the scoring at 3/1. If we combined those two bets in a score-cast then we get very tempting odds of 12/1.