Tottenham take on Stoke City at the Britannia tonight. Here’s a preview with team news, likely line-ups, betting tips and predicted score for the game

Tottenham Hotspur will be looking to close the gap on Premier League leaders Leicester City when they take on Stoke City at the Britannia Stadium this evening.

Leicester were held to a 2-2 draw at home by West Ham on Sunday afternoon so Spurs will be desperate to take advantage and cut their lead to five points with just four games left to play.

Anything other than victory tonight would leave the North Londoners relying on an almighty collapse from the Foxes during the final run-in in order to take the Premier League title to White Hart Lane for the first time.

Stoke are coasting towards the finishing line and have little left to play for as they sit comfortably in mid-table and last weeks 4-1 defeat at Liverpool ended any slim hopes of sneaking a European qualification place.

Spurs expect star striker Harry Kane to be fit to start this evening after recovering from a dead leg that he sustained during the 3-0 win over Manchester United last week.

Otherwise, Mouricio Pochettino has no fresh injury concerns and striker Clinton N’Jie is in contention after recovering from a long-term knee injury.

Jan Vertonghen came through his return last week unscathed so should retain his place at the back but Nabil Bentaleb remains the clubs only injury victim.

Stoke will hand late fitness tests to Glenn Whelan, Marc Muniesa and Marko Arnautovic but the trio are likely to be passed fit to start tonight.

Erik Pieters is suspended but Ryan Shawcross should keep his place after making a successful return to action last weekend. Shay Given could come in between the sticks as Jakob Haugaard has failed to impress while standing in for Jack Butland. 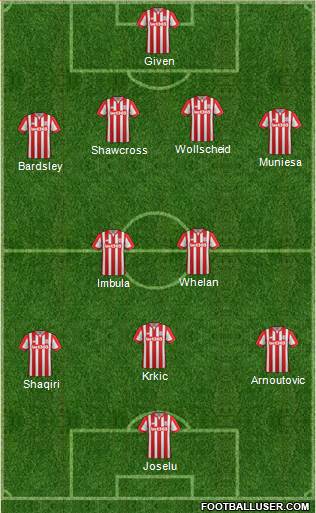 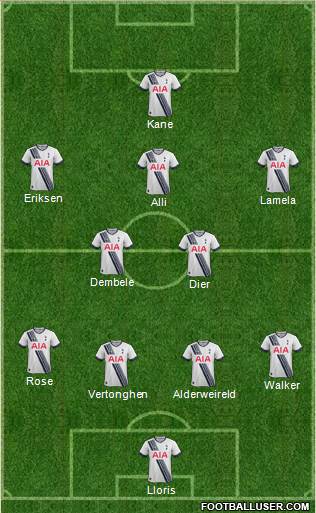 Stoke 1-2 Tottenham: Stoke are usually a tough side to play at home but Spurs have an impressive record at the Britannia and have won seven of the last 15 league meetings between the two clubs. Stoke have nothing to play for while Spurs should be fired up to cut the gap on Leicester, so I see the North Londoners edging this.

Tottenham are the 7/10 favourites but Football-Talk can get you enhanced odds of 6/1 on a Spurs win – just click here to take advantage of these excellent odds. My prediction of 2-1 is available at odds of 15/2 while I also like the look of Harry Kane to open the scoring at 16/5. If you combined those two bets in a score-cast then we get very tempting odds of 16/1.