The PFA have confirmed the official 2016 Premier League Team of the Year. Arsenal and Man Utd players are included but Tottenham dominate the line-up

The PFA have been forced to confirm the official 2016 Premier League Team of the Year early after it was leaked on Twitter earlier this afternoon.

Manchester United goalkeeper David De Gea has been selected between the sticks after another outstanding campaign for the Red Devils and he helped secure their 17th clean sheet of the season against Crystal Palace last night.

Arsenal’s Hector Bellerin is the right-back after continuing to impress at the Emirates this year but Gunners’ fans are incensed that Mesut Ozil has failed to make the cut despite his 18 assists this season.

Tottenham have four players included with defenders Toby Alderweireld and Danny Rose rewarded for fine seasons after helping the North Londoners concede a league low 25 goals so far this campaign.

Harry Kane is unsurprisingly included up front after netting 24 times so far while Dele Alli makes the line-up after a sensational breakthrough year at White Hart Lane following his move from MK Dons.

Leicester City understandably have plenty of representatives with Wes Morgan marshalling the defence while N’Golo Kante is included in midfield after a superb season. Attackers Jamie Vardy and Miyah Mahrez also make the cut after inspiring the Foxes to what looks like a shock title win.

The line-up is completed by West Ham attacker Dimitri Payet with the free-kick specialist impressing with some excellent performances for the high-flying Hammers. 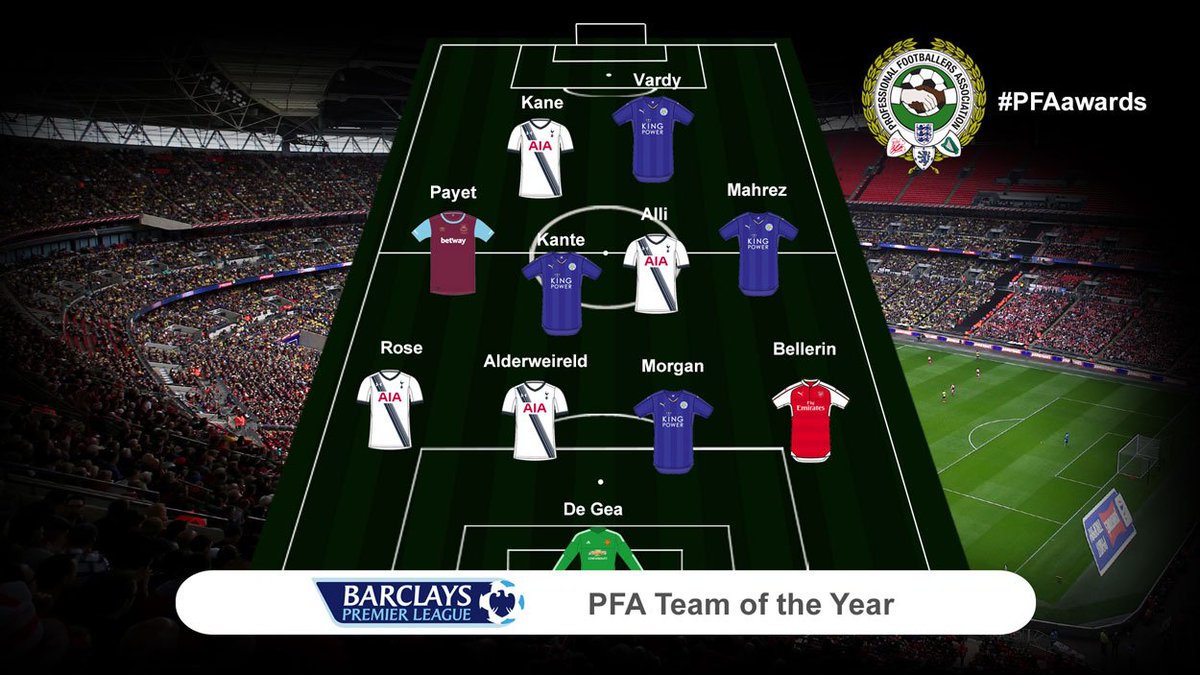