Arsenal take on Sunderland at the Stadium of Light on Sunday. Here’s a preview with team news, likely line-ups, betting tips and predicted score for the game

Arsenal will be looking to reclaim third spot in the Premier League table when we take on Sunderland at the Stadium of Light on Sunday afternoon.

We went in to the weekend action sitting third following Thursday night’s comfortable 2-0 victory over West Bromwich Albion but Manchester City’s thrashing of Stoke City earlier today saw us slip back to fourth.

Victory tomorrow would not only see us move back up to third and open up a seven point gap over fifth-placed Manchester United, it would also see us cut Tottenham’s advantage to just two points ahead of their clash with West Brom on Monday night.

Therefore, it’s imperative we come home with all three points but that’s going to be no easy task as Sunderland are fighting for their lives at the wrong end of the table.

Newcastle moved level on points with the Black Cats with a 2-2 draw at Liverpool this afternoon so Sam Allardyce will be desperate to restore their advantage and climb out of the bottom three with a positive result tomorrow.

Sunderland 1-2 Arsenal: We were much better against West Brom, particularly in the first half, but I feel we’re going to need to step it up another notch tomorrow as Sunderland are going to be scrapping for every ball and we need to match that desire. If we do, then I can see us edging it 2-1 and bringing a huge three points back to North London.

Football betting isn’t for everyone and it’s been incredibly hard to make predictions this season due to the nature of the Premier League this campaign. Most of my friends have given up betting on the football as they would rather try their luck at All Jackpots online, and you can’t blame them as they offer over 500 fun gambling games with great deposit bonuses on offer too. You’d have more chance of making money at an online casino than betting on the top English clubs this season, that’s for sure!

However, for those of you who still enjoy a flutter on the footy then it’s difficult to see past Arsenal beating Sunderland. My prediction of 2-1 is on offer at 15/2 while I also like the look of Danny Welbeck to open the scoring at  5/1. If we combined those two bets in a score-cast then we get very tempting odds of 25/1.

Jack Wilshere could be named in the squad for the first time this season after coming through his third outing for the under-21’s unscathed but a place on the bench is the best he can hope for tomorrow.

Santi Cazorla is back in full training after recovering from an Achilles injury but he’s not in contention just yet while Alex Oxlade-Chamberlain is also not fit enough to return despite resuming full training this week following a knee injury.

Sunderland will give a late fitness test to Andre Yedlin after he picked up an ankle problem in training but Allardyce is hopeful the full-back will be available.

Jack Rodwell is pushing for a recall following illness but Jermain Lens is a doubt with a virus. 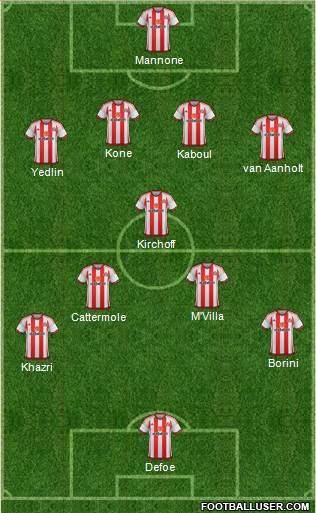 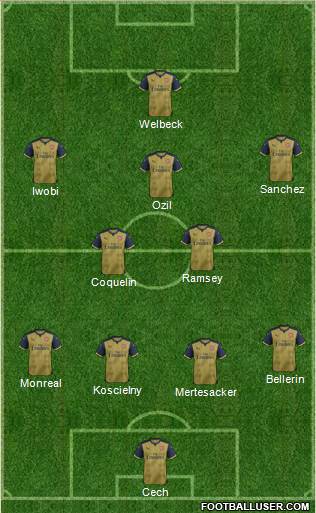