Christian Benteke was among the 20-man squad which flew out from Liverpool this afternoon ahead of their Europa League semi final first leg against Villarreal.

Christian Benteke was among the 20-man squad which flew out from Liverpool this afternoon ahead of the Merseysiders Europa League semi final first leg against Villarreal.

Benteke hasn’t featured for Liverpool since their 3-2 defeat at Southampton on March 20th after suffering a knee ligament injury while away on international duty last month.

The Belgian international was initially not expected to play again this season and his future at Anfield was thrown in doubt after he accused boss Jurgen Klopp of overlooking him since his arrival in October.

However, with Divock Origi’s season ended by an ankle injury, Benteke has been given a chance to resurrect his career at Anfield after making a swift recovery from his knee problem.

The striker returned to full training this week and while he’s still not considered 100% match fit, he’s been included in the squad which travelled to Spain ahead of Thursday night’s Europa League semi-final first leg with Villarreal.

Benteke is still highly unlikely to start tomorrow night as Daniel Sturridge is expected to lead the line in Origi’s absence, but the Belgian could be named among the substitutes.

Youngsters Sheyi Ojo, Cameron Brannagan and Pedro Chirivella have also been named in Klopp’s 20-man squad but there is still no place for on-loan defender Steven Caulker, despite the absence of Mamadou Sakho following his failed drugs test.

Instead, Klopp is set to pick between Kolo Toure, Martin Skrtel or even Lucas Leiva to partner Dejan Lovren in the middle of defence tomorrow night.

Here are some photos of the Liverpool squad leaving for Spain earlier today: 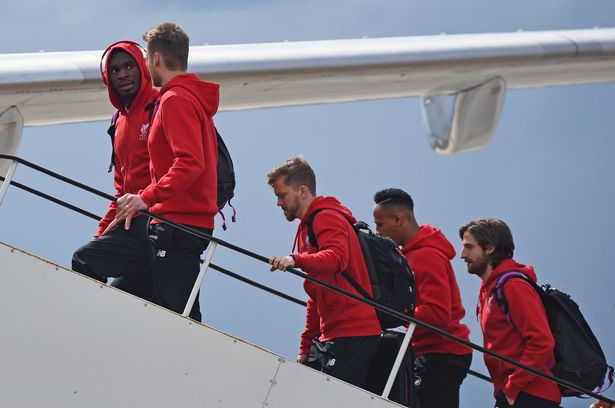 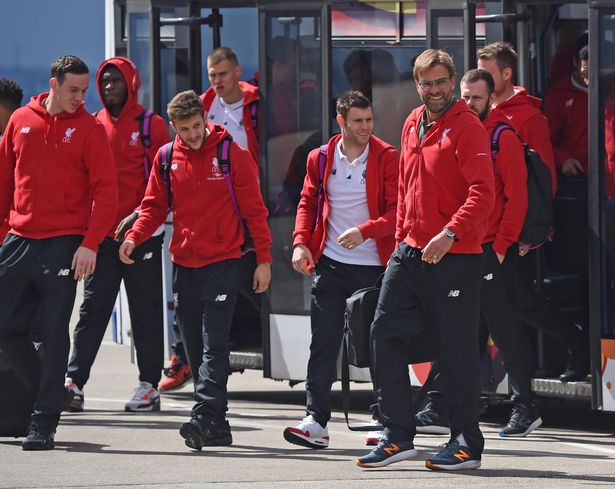 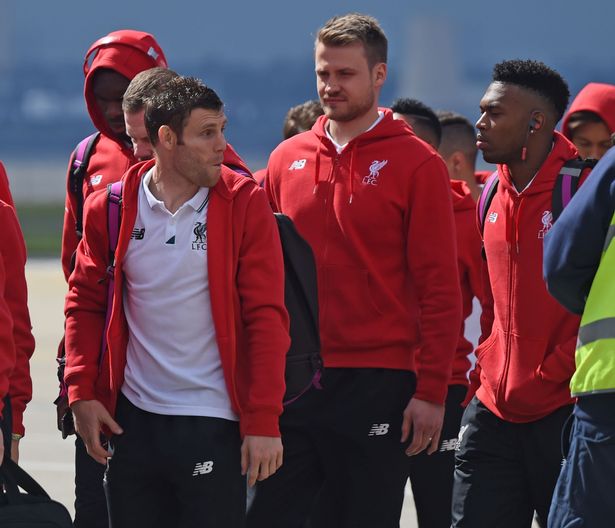