Manchester United will be looking to close in on the top four when they take on relegation-threatened Norwich City at Carrow Road on Saturday afternoon.

The Red Devils head in to the weekend action sitting four points adrift of Manchester City with a game in hand in the Premier League table following last weekend’s 1-1 draw with newly-crowned champions Leicester City at Old Trafford.

However, with the Citizens playing third-placed Arsenal on Sunday, United have the perfect opportunity to close the gap on their rivals to just one point and give their hopes of Champions League qualification a major boost.

That’s going to be no easy task though as the hosts are fighting for their lives at the bottom end of the table with just two points separating 19th-placed Norwich from 18th-placed Sunderland.

However, the Canaries can take confidence in the fact they won the reverse fixture at Old Trafford earlier in the season and that United have a poor away record this year having won just two of their last 10 games on the road.

United will be without Marouane Fellaini after he was hit by a three-match suspension for his part in an altercation with Robert Huth last weekend so Morgan Schneiderlin is expected to get a recall in midfield.

Bastian Schweinsteiger remains out with a knee injury while Luke Shaw is still working his way back to full fitness following a double leg break.

As for Norwich, they will hand a late fitness test to defender Ryan Bennett as he’s still struggling with a virus while Timm Klose and Andre Wisdom are out with knee problems. Alex Tettey will also miss the rest of the season following ankle surgery. 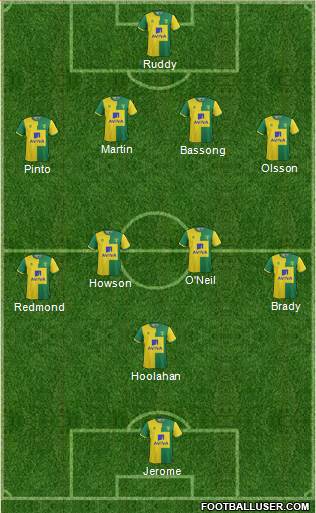 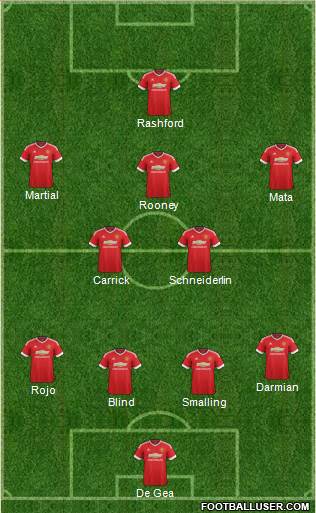 Norwich 1-2 Man Utd: Norwich put up a good fight against Arsenal last weekend but ultimately didn’t have enough quality to get a result at the Emirates and I think it might be a similar story tomorrow. United have been poor on the road this season but they have performed much better in recent matches and I can see them edging this one at Carrow Road.

Man Utd are the 17/20 favourites but Football-Talk can get you enhanced odds of 10/1 on an away win – just click here to take advantage of these crazy odds. My prediction of 2-1 is available at odds of 15/2 while I also like the look of Anthony Martial to open the scoring at 11/2. If you combined those two bets in a score-cast then we get very tempting odds of 25/1.