Man Utd have become the latest club to confirm one of their kits for next season after the club unveiled it’s new away kit ahead of the 2016/17 campaign.

Manchester United have become the latest club to confirm one of their kits for next season after the club unveiled it’s new away kit ahead of the 2016/17 campaign.

Fresh of the back of their hugely disappointing 3-2 defeat at West Ham last night, which left their top four hopes hanging in the balance, United revealed the new away kit this morning.

The Manchester giants have decided to revert back to playing in an all-blue away kit, as they’ve done several times in the past, with the 2016/17 kit made from a dark blue mélange fabric.

The Adidas and club logos are detailed in red while the three stripes on the shoulders are also red, and a ‘Red Devils’ detail is embroidered on the inside of the neck. The kit comes with plain blue shorts and socks.

The goalkeeper kit is traditional green with black detailing on the shoulders and logos. David De Gea has been used to help promote the kit and United fans will be hoping to see the Spaniard in the kit next season amid fresh speculation of a move away this summer.

Luke Shaw, Juan Mata and Ashley Young have modelled the away kit for the promo photos and United will wear the kit for the first time against Borussia Dortmund on their pre-season tour of Asia.

Here are some more photos of the kit: 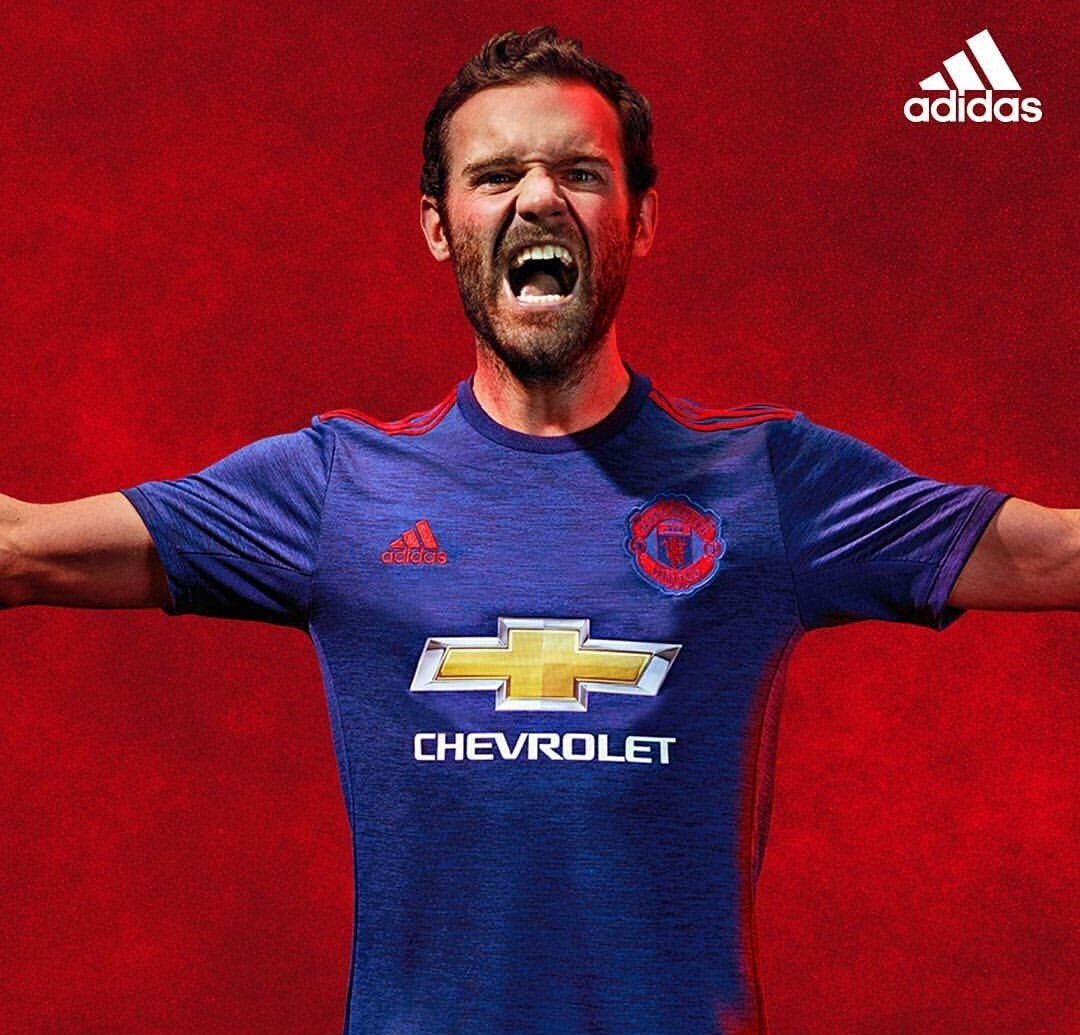 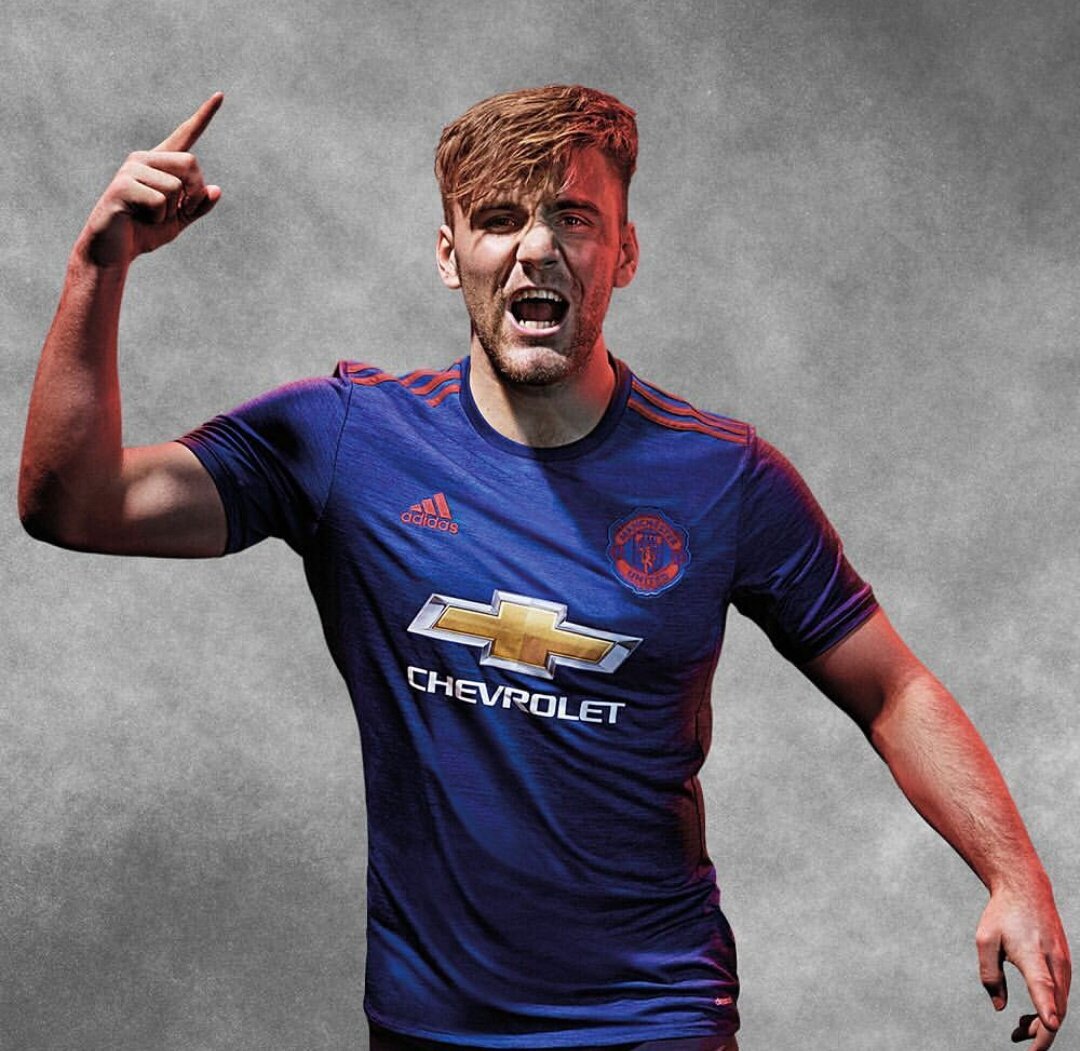