Liverpool take on Chelsea at Anfield this evening. Here’s a preview with team news, likely line-ups, betting tips and predicted score for the game

Liverpool will look to put next weeks Europa League final to the back of their mind as they welcome Chelsea to Anfield this evening.

The Reds contest the Europa League trophy, and the Champions League qualification that comes with it, against Sevilla next Wednesday night but Jurgen Klopp insists they have to focus on their final two Premier League games.

Liverpool currently sit eighth in the table but can climb up to seventh with a win tonight ahead of the final round of fixtures on Sunday. With the top seven in the division likely to qualify for Europe next season, a win this evening is crucial for the Merseysiders to leave things in their own hands.

Chelsea could be good opposition for Liverpool as they arrive at Anfield with nothing but pride left to play for after a disastrous campaign which has seen them relinquish their title without so much as a fight.

Klopp is expected to make wholesale changes and field his strongest side tonight before resting some of his key men against West Brom on Sunday.

The likes of Nathaniel Clyne, Dejan Lovren and Kolo Toure should come back in to the defence while James Milner and Emre Can should also get recalls after being rested for the 2-0 win over Watford.

Daniel Sturridge is also expected to start up front along with Adam Lallana, Philippe Coutinho and Roberto Firmino while Danny Ings could make his return to the squad after recovering from injury.

Jordan Henderson and Divock Origi are back in light training as they look to get themselves fit for the Europa League final but they won’t play any part tonight.

Chelsea will be without John Terry after the skipper was sent off during the final stages of their defeat at Sunderland on Saturday so he may have played his last game for the club.

Matt Miazga could come in to the defence along with Baba Rahman while Bertrand Traore could start up front – although Alxandre Pato is another option for Guus Hiddink.

Pedro has a broken nose but the attacker may play with a protective face mask. 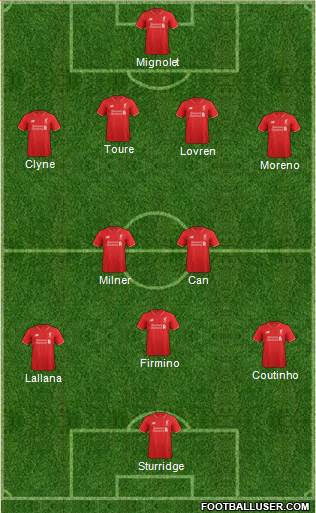 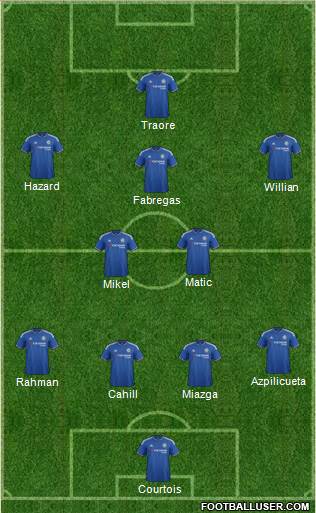 Liverpool 2-1 Chelsea: The Reds will want to end the season on a positive note at Anfield and it’s important they still look to finish seventh to secure Europa League football next year, just in case they lose to Sevilla next week. Chelsea on the other hand have injury problems and have nothing to play for, so I can see a 3-1 home win tonight.

Liverpool are the 5/6 favourites with the bookmakers but Football-Talk can get you enhanced odds of 6/1 on a home win or 10/1 on a Chelsea win – just click here to take advantage of these crazy odds. My prediction of 3-1 is on offer at 12/1 while I also like the look of Sturridge as the first goalscorer at 4/1, and if we combine those bets in a score-cast then we get very tempting odds of 30/1.