The opening of the summer transfer window is fast approaching so we’ll bring you all the latest transfer rumours and gossip from around the globe. Today, Manchester United are linked with a surprise move for Mario Gomez… 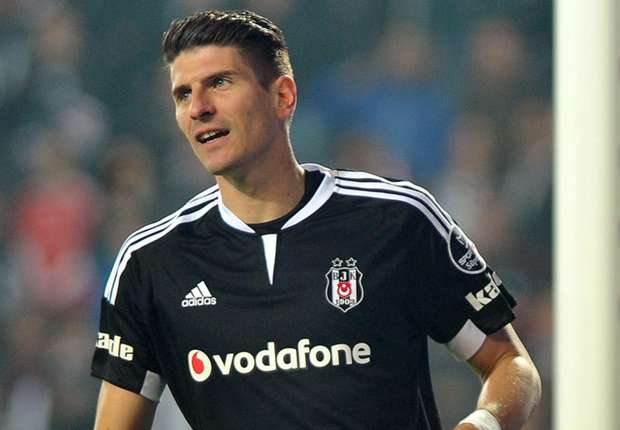 Manchester United are eyeing a surprise move for German international striker Mario Gomez this summer but will face stiff competition for his signature, according to the Express.

Gomez has been prolific in front of goal wherever he’s played and has impressive stats of 262 goals in 457 appearances throughout a distinguished career stretching over the last decade.

Having previously represented the likes of Bayern Munich and Fiorentina, the 30-year-old has found some of his best form on loan at Besiktas this season where he’s scored 27 goals in 40 appearances to help secure the Super Lig title.

Understandably, the Turkish champions are desperate to make his loan move permanent and will try to get a deal agreed with Fiorentina before the start of the European Championships while Wolfsburg are also said to be keen.

However, the Express claim that Gomez’s impressive form this season has also attracted interest from Manchester United with the Red Devils understood to be eyeing a surprise move for the experienced front-man.

Louis van Gaal has complained about a lack of height in his United team on several occasions this season and the Dutchman has deployed Marouane Fellaini as a make-shift target man in the past, so perhaps the United boss sees Gomez as a short-term solution.

The German international is over 6ft 2 inches so he’d certainly bring some height to the United team if that’s what van Gaal is looking for, and his goal-scoring record suggests he’d also be a real threat in front of goal.

United could certainly do with another striker to help ease the load on Wayne Rooney, Marcus Rashford and Anthony Martial and Gomez would be an interesting option for the Manchester giants.

He’s expected to be part of Joachim Low’s Germany squad for this summer’s European Championships and a good tournament in France would only further increase the competition for his signature, so perhaps United should act fast if they want to take Gomez to Old Trafford this summer.