Arsenal entertain Aston Villa at the Emirates on Sunday. Here’s a preview with team news, likely line-ups, betting tips and predicted score for the game

Arsenal will be hoping to steal second spot in the Premier League when we take on Aston Villa at the Emirates on Sunday afternoon.

We head in to the final game of the season knowing only victory will be enough if we want to leapfrog Tottenham Hotspur and pip them to second place behind champions Leicester City.

Spurs lost at home to Southampton last weekend to give us this opportunity but they still hold a two point lead and have a significantly better goal difference so we need a favour from Newcastle United at St James’ Park if we’re to maintain our run of finishing above our North London rivals.

Unfortunately the Geordies are already consigned to relegation from the Premier League following Sunderland’s win in midweek so you have to question how much motivation Rafa Benitez’s men will have tomorrow.

We couldn’t have asked for a much easier game as Villa arrive at the Emirates sitting rock bottom of the table on just 17 points following a horrendous campaign but hopefully our boys don’t take the task too lightly and suffer an embarrassing slip-up.

The last thing Arsene Wenger needs is another shock home defeat to deal with as there are a growing number of fans who feel it’s time for change at the club and they’d certainly make their feelings known if we fail to beat Villa tomorrow.

Danny Welbeck has been ruled out for nine months after suffering a serious knee injury against Manchester City last weekend so he joins Alex Oxlade-Chamberlain on the sidelines with the midfielder still out with his own knee injury.

Per Mertesacker will also miss the game with a hamstring injury so Gabriel should continue in defence while Jack Wilshere is pushing to make his first start of the season after coming through 70 minutes against City last weekend.

Santi Cazorla is another who’s hoping to get some game time while Tomas Rosicky and Mikel Arteta will hope to force their way in to the squad as they look to make their final appearances before leaving the club next month.

As for Villa, they will give late fitness tests to Alan Hutton and Ciaran Clark but Kieran Richardson remains out so teenager Kevin Toner is likely to retain his place at left-back.

Jordan Veretout is also out with a pelvic injury but Rudy Gestede is back in contention after returning to training this week. 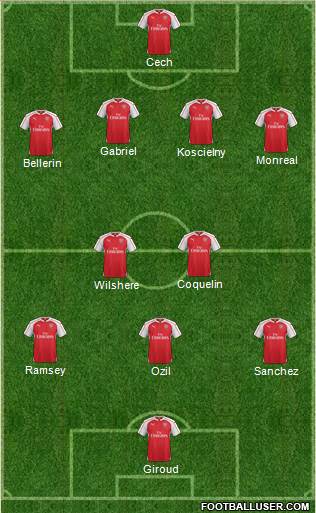 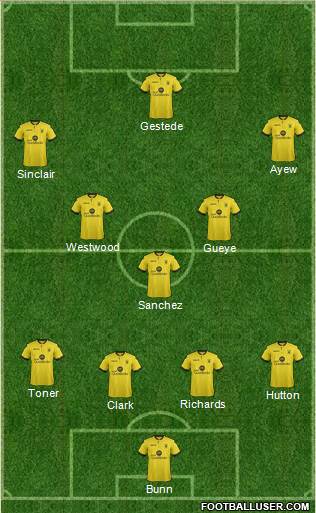 Arsenal 3-0 Aston Villa: Villa have been dreadful all season and it would be a huge shock if we didn’t secure a comfortable win tomorrow. The players should still be eager for the three points in the hope that Newcastle can beat Spurs so I think we’ll ease to a 3-0 win.

Arsenal are the 1/6 favourites to win the game but if you want a little more value, my prediction of 3-0 is on offer at 6/1 while I also like the look of Sanches to open the scoring at  16/5. If we combined those two bets in a score-cast then we get very tempting odds of 14/1.