Photos appear to show Arsenal’s new home and away shirts for the 2016/17 season being sold in shops ahead of their official release date. Check them out

Photos appear to show Arsenal’s new home and away shirts for the 2016/17 season being sold in shops ahead of their official release date.

We’ve seen plenty of ‘leaked’ images doing the rounds on social media over the past few weeks but now it looks like some shops are actually selling the kits before they’ve been unveiled by the club.

The photos below show the kits on the shelves at an unnamed store, most likely abroad as it’s highly unlikely any UK stockists would risk selling football shirts ahead of their release.

As expected, the home shirt is once again the traditional red with what appears to be a darker stripe running down the body. The arms and shoulders are white with blue detailing around the v-neck collar.

The away shirt will move away from this seasons gold and back to yellow with the 2016/17 shirt donning black arms and black detailing around the collar.

They have a retro feel about them and reminiscent of Adidas kits we had during the 90’s. Either way, I like them and think they should be well received by the fans when they’re officially unveiled.

What do you think of the new shirts? Check them out below…. 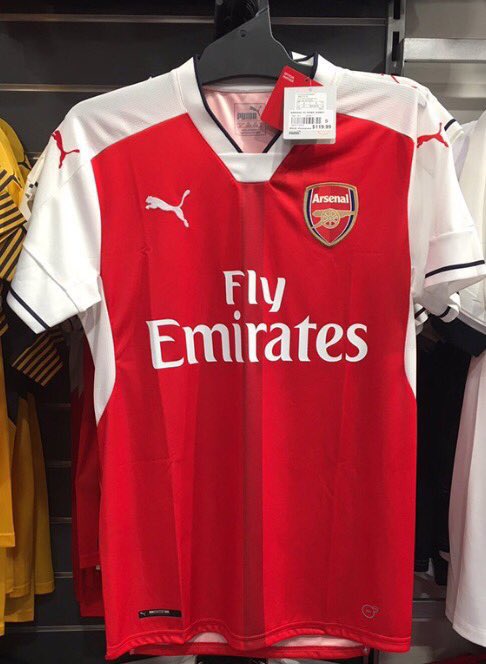 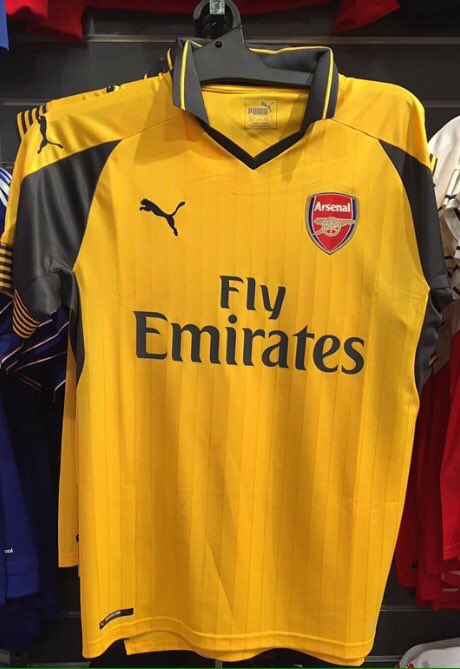