The Liverpool squad have landed in Basel tonight ahead of Wednesday night’s huge Europa League final against holders Sevilla. Check out some photos here

The Liverpool squad have landed in Basel tonight ahead of Wednesday night’s huge Europa League final against holders Sevilla.

The Merseysiders booked their place in the Europa League final with a relatively comfortable 3-1 aggregate victory over Villarreal in the semi-finals.

Sevilla on the other hand are vying to become the first club to ever win three successive Europa League’s after booking their place in the final with a win over Shakhtar Donetsk.

The two clubs will now face-off in the final in Basel on Wednesday night and Liverpool arrived in Switzerland earlier this evening to begin their pre-match preparations.

Jordan Henderson was among the travelling party after recovering from a knee injury and is now in contention to start after coming off the bench to play the final 30 minutes against West Brom at the weekend.

Jurgen Klopp fielded a weakened side for the Reds final Premier League game of the season at the Hawthorns on Sunday so the players should be well-rested as they look to win their first major trophy since 2012.

Here is a video and some photos of the squad arriving in Basel: 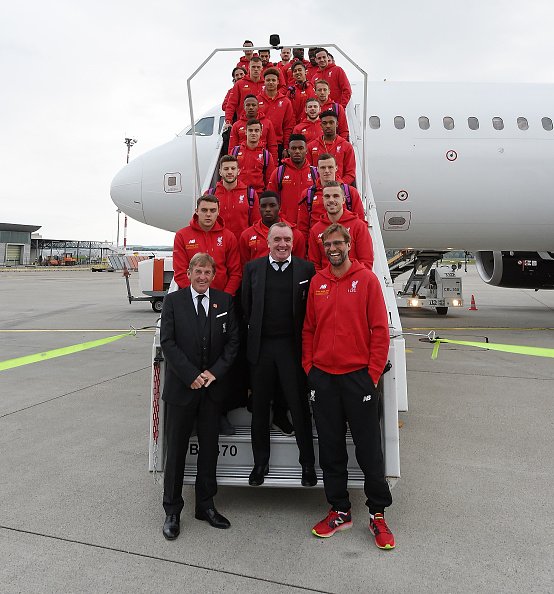 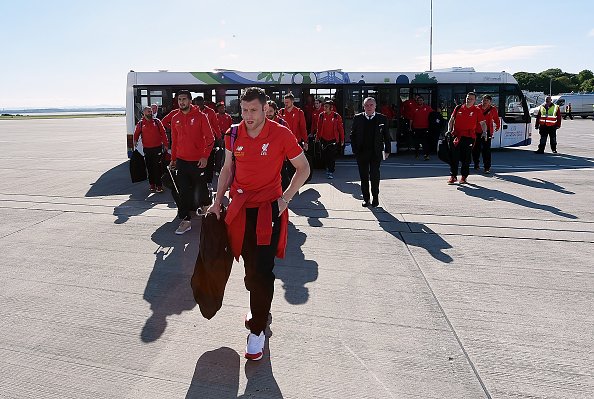 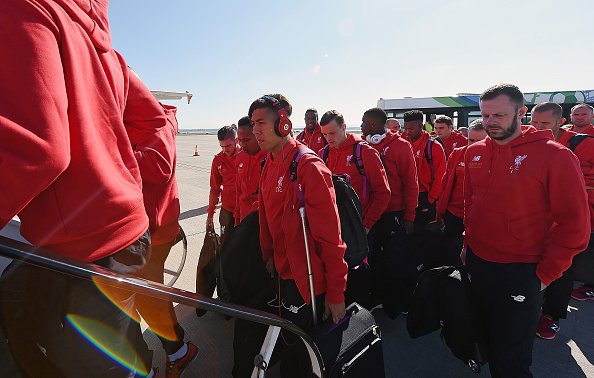