A whole host of Premier League stars have missed out after Spain confirmed their provisional 25-man squad ahead of this summer’s European Championships.

A whole host of Premier League stars have missed out after Spain confirmed their provisional 25-man squad ahead of this summer’s European Championships.

Three Arsenal hopefuls have been overlooked as Nacho Monreal hasn’t been selected despite being one of Arsene Wenger’s most consistent performers this season while Hector Bellerin has only been named in the reserves list despite a superb season that saw him named in the Premier League Team of the Season.

Santi Cazorla also misses out but his exclusion is likely to be down to the fact the 31-year-old has only just returned to full fitness after spending the last six months on the sidelines nursing knee and Achilles injuries.

Manchester United attacker Juan Mata is another Premier League based player to miss out while Chelsea’s Deigo Costa has been left out of the squad suggesting his hamstring injury is more serious than first thought.

The Brazilian-born hitman missed Chelsea’s final two league games of the season after suffering a hamstring injury and it looks as though it’s enough to keep him out of this summer’s European Championships.

We do still have plenty of Premier League interest though as United keeper David De Gea is unsurprisingly selected along with Manchester City attacker David Silva while Chelsea trio Cesc Fabregas, Cesar Azpilicueta and Pedro all make the cut.

Spain will play warm up games against Bosnia, South Korea and Georgia ahead of the Euro’s and Vicente del Bosque will have to trim his provisional squad to 23 by the end of the month. 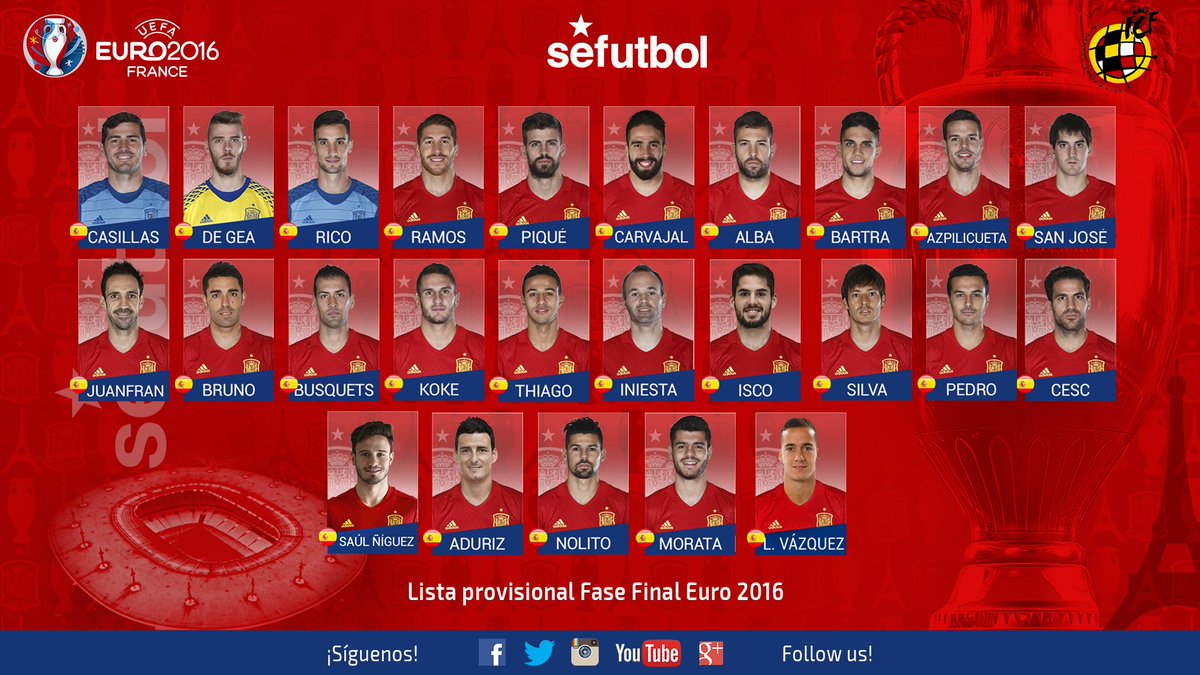