Manchester United will finally finish their Premier League season when they play their rescheduled clash with Bournemouth at Old Trafford tonight.

The original game on Sunday afternoon was abandoned following a bomb scare which turned out to be a ‘life-like’ pipe bomb which was left at the stadium following a training exercise last week.

United now have the benefit of knowing they realistically have no chance of finishing in the top four as Manchester City got the point they needed at Swansea to open up a three point advantage.

With the Citizens boasting a far superior goal difference it means United need to beat Bournemouth 19-0 to pip their rivals to the final Champions League qualification place.

That kind of scoreline is virtually impossible for a Premier League fixture so United now need to concentrate on getting the point they need to climb above Southampton and secure fifth place which would mean automatic qualification to the Europa League.

Some have suggested Louis van Gaal should rest his key players ahead of Saturday’s FA Cup final with Crystal Palace but it’s believed the Dutchman fully intends to play his strongest side this evening.

Defender Matteo Darmian misses out with an ankle injury while midfielder Marouane Fellaini will serve the final of his three-match suspension.

Morgan Schneiderlin was due to miss the game on Sunday through illness and it’s not clear whether he’s recovered so Wayne Rooney could be deployed in a deeper midfield role.

Marcos Rojo is carrying a knock which he picked up in training so Cameron Borthwick-Jackson is likely to start at left-back, but Luke Shaw and Bastian Schweinsteiger remain out through injury.

Bournemouth have no fresh injury concerns but Adam Smith remains out with a groin injury so he joins long-term injury victims Sylvain Distin, Tyrone Mings and Tokelo Rantie on the sidelines. 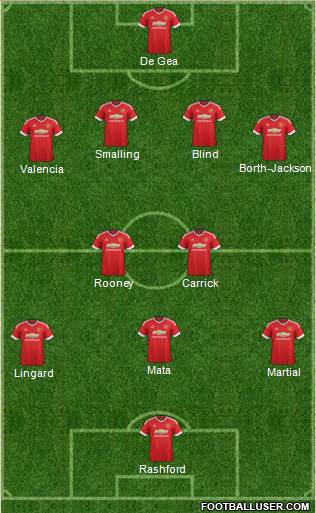 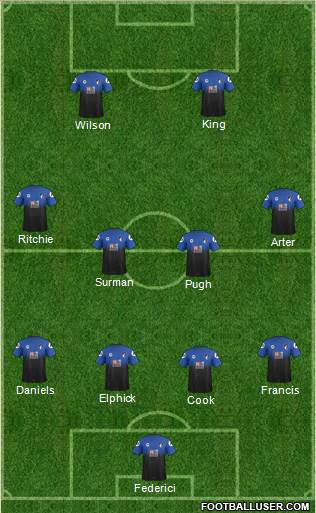 Man Utd 2-0 Bournemouth: It’s difficult to know how much motivation United have lost for this game now they know they can’t finish fourth but van Gaal will be keen to press home the important this game still has. Fifth place guarantees entry to the group stages of the Europa League while sixth would mean they may have to navigate a tricky qualifier before the league season even starts, if they lose the FA Cup final. It’s likely to be a low key game at Old Trafford but I think United will edge it 2-0.

Man Utd are the 6/10 favourites but Football-Talk can get you enhanced odds of 10/1 on a home win – just click here to take advantage of these crazy odds. My prediction of 2-0 is available at odds of 15/2 while I also like the look of Rashford to open the scoring at 16/5. If you combined those two bets in a score-cast then we get very tempting odds of 16/1.