Thousands of Liverpool supporters have gathered in the centre of Basel and are already in the party mood ahead of tonight’s Europa League final against Sevilla.

Thousands of Liverpool supporters have gathered in the centre of Basel and are already in the party mood ahead of tonight’s Europa League final against Sevilla.

Liverpool fans have certainly had plenty to sing about en route to the final having secured memorable victories over Manchester United, Borussia Dortmund and Villarreal in the knockout stages.

Jurgen Klopp flew in to Switzerland with his Liverpool squad on Monday night and they trained at the St Jakob Park stadium yesterday as they prepare to face-off against the current holders in tonight’s final.

As expected, the Merseysiders have been joined by a huge travelling support with thousands of Liverpool fans ensuring Basel is a sea of Red ahead of the game.

The Liverpool supporters heavily outnumbered the Sevilla fans as the Reds gathered in Basel city centre today and they’ve created an amazing atmosphere with signing and smoke bombs added to the party vibe.

UEFA have helped put on some large screens to show the game for those travelling fans without tickets and it’s expected to be lively! Let’s hope they have plenty to shouts about later tonight.

Here are some photos and videos courtesy of the boys at Anfield HQ: 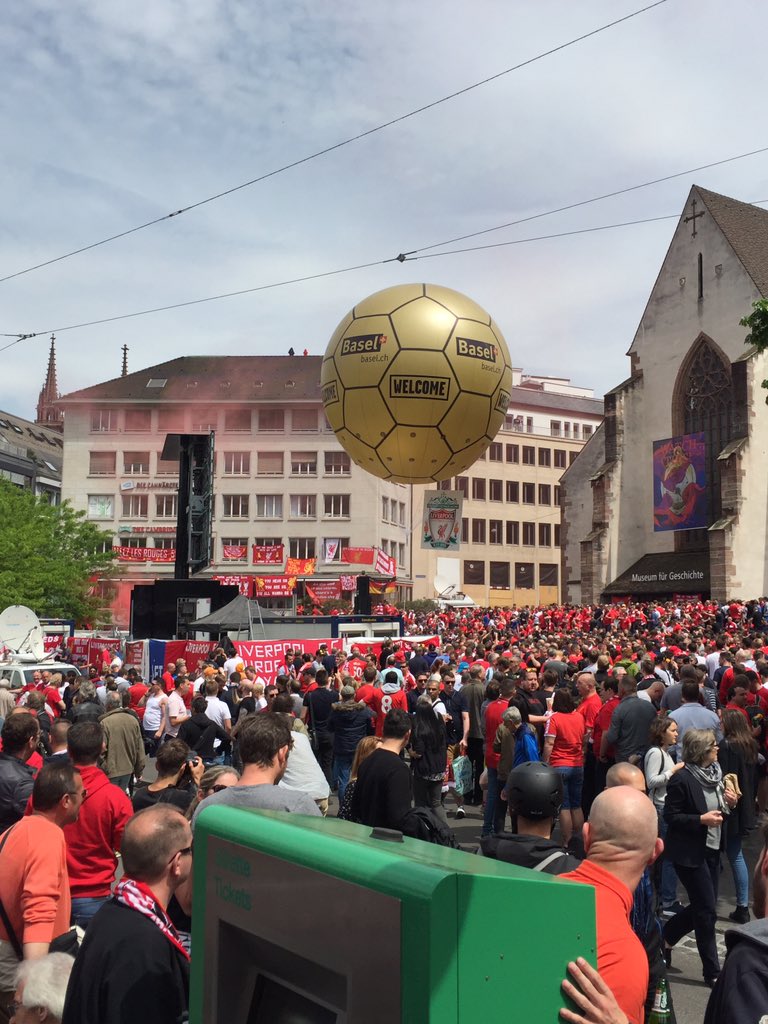 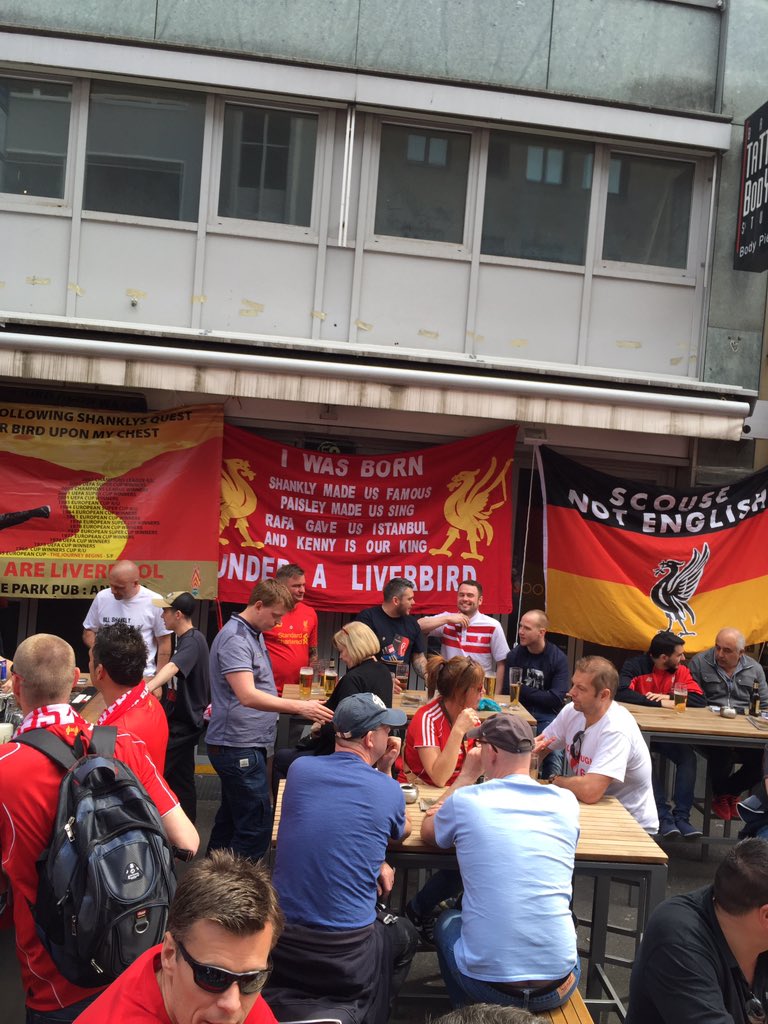 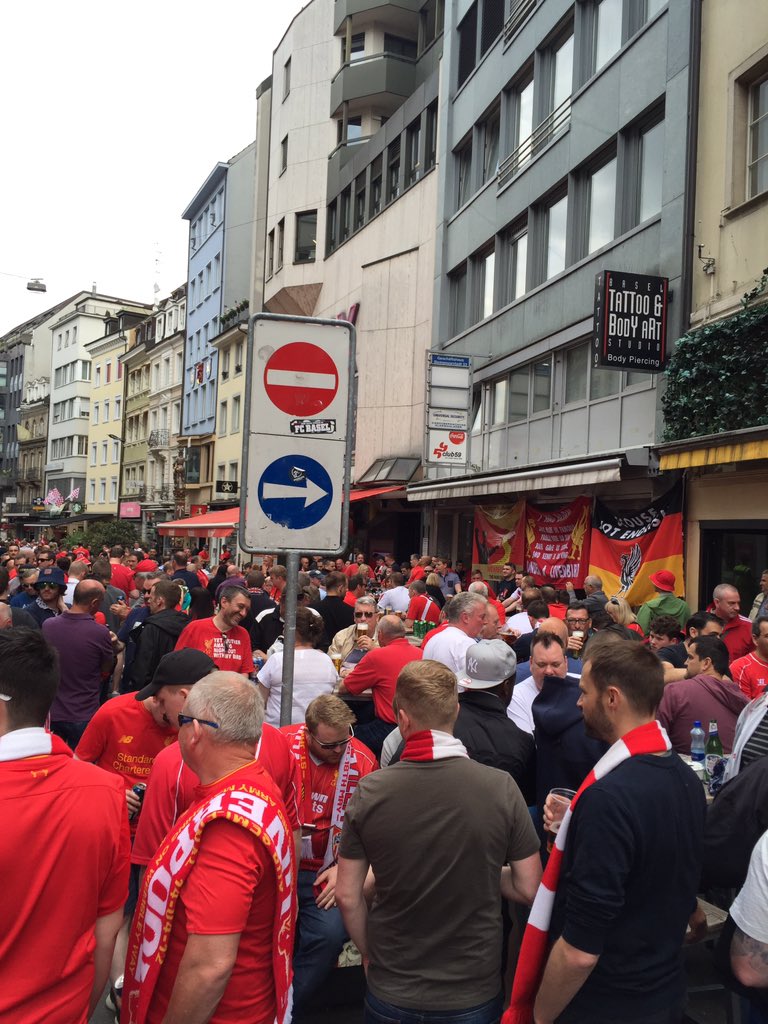 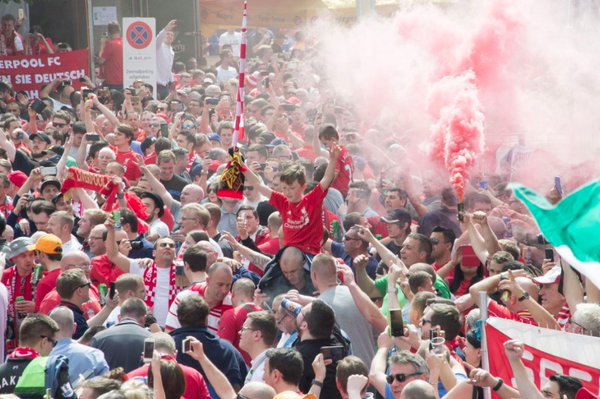