Granit Xhaka’s move to Arsenal is done as photos have now emerged of the midfielder posing in the new Arsenal kit at the official pre-announcement photo-shoot.

The opening of the summer transfer window is fast approaching so we’ll bring you all the latest transfer rumours and gossip from around the globe. Today, photos of Granit Xhaka in an Arsenal shirt have appeared online….

It looks as though Granit Xhaka’s proposed move to Arsenal is done as photos have now emerged on Twitter of the midfielder posing in the new Arsenal kit at the official pre-announcement photo-shoot.

Xhaka has been strongly linked with a move to Arsenal in recent weeks and it appears there was a breakthrough on Thursday as the Telegraph reported yesterday that 23-year-old flew-in to London to undergo his medical and discuss personal terms.

The newspaper says that a deal worth £30m, including add ons, has been agreed with Borussia Monchengladbach while Xhaka is set to sign a five-year contract worth around £120,000-a-wee.k.

As you can see, Xhaka is all smiles as he poses in the new new kit, which we’ll wear in the 2016/17 season, so it’s safe to say everything has now been concluded and we’re just waiting for the clubs to confirm the deal.

Check out the photos below: 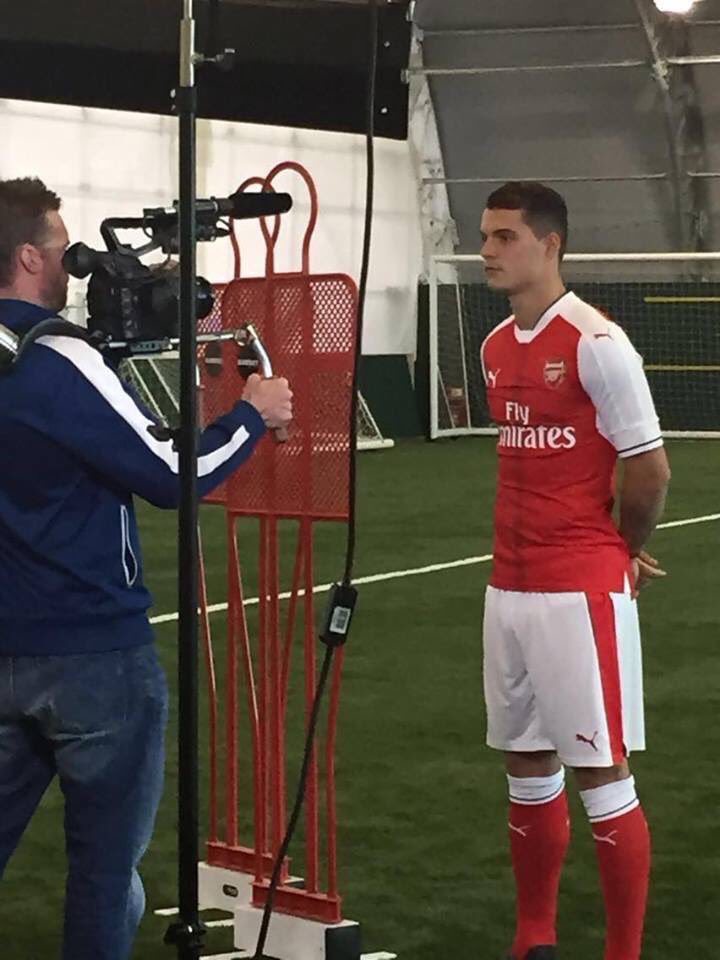