Goalkeeper Loris Karius has arrived on Merseyside to undergo his medical with Liverpool after agreeing personal terms over his £4.7m move from Mainz

The opening of the summer transfer window is fast approaching so we’ll bring you all the latest transfer rumours and gossip from around the globe. Today, Loris Karius is set to become Liverpool’s third summer signing…. 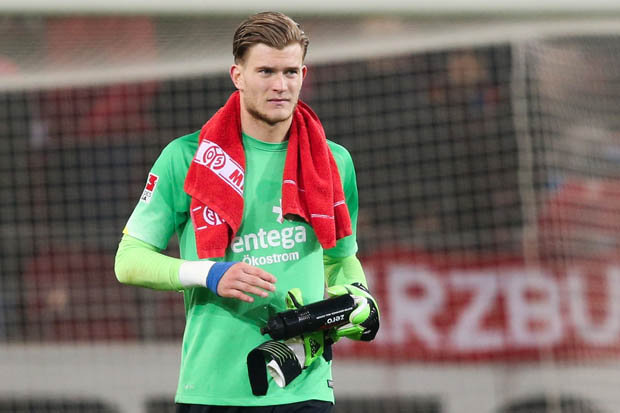 Goalkeeper Loris Karius has arrived on Merseyside to undergo his medical with Liverpool after agreeing personal terms over his £4.7m move from Mainz, according to Sky Sports News.

Karius has been strongly linked with a move to Anfield in recent weeks but it appears a move is now on the verge of completion with Sky Sports News one of several outlets reporting that he’s in Liverpool to undergo his medical.

The broadcaster claims that the Germany Under-21 international has agreed personal terms over his switch to Anfield after Liverpool met the £4.7m release clause that is written in to his Mainz contract.

As long as there are no last minute glitches, the 22-year-old will become Jurgen Klopp’s third new signing of the summer following the arrivals of defender Joel Matip and midfielder Marko Grujic – who both agreed deals back in January.

Karius spent two years on the books with Manchester City as a teenager but ended up heading back to his homeland to forge a career with Mainz, where he’s been in excellent form over the past couple of seasons.

The 6ft 2ins stopper has developed in to one of the best young goalkeepers in the Bundesliga in recent years and has already represented Germany at every youth level up to Under-21’s.

The young keeper will now provide competition for Reds No.1 Simon Mignolet next season with the Belgian international’s position under severe threat following another inconsistent campaign.

However, Liverpool may have to make-do without Karius for the opening three weeks of the new season as he’s expected to play for Germany at the Olympic Games this summer.