Jose Mourinho has finally been unveiled as the new Manchester United manager after the club confirmed he’s signed a three-year contract. See the first photo 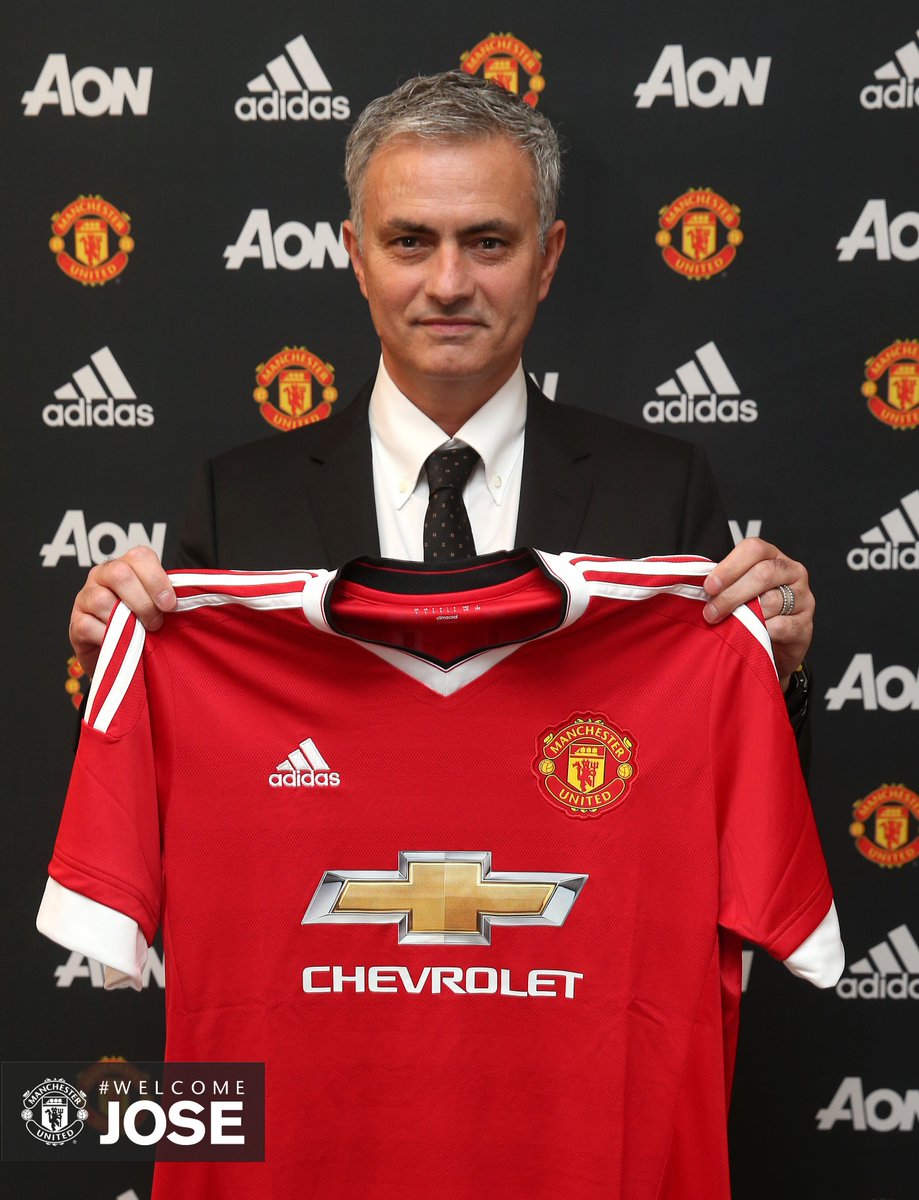 Jose Mourinho has finally been unveiled as the new Manchester United manager after the club confirmed he’s signed a three-year contract keeping him at Old Trafford until 2019.

The former Chelsea boss has been widely expected to take over from Louis van Gaal after the Dutchman was sacked earlier this week after failing to qualify for the Champions League, while fans had also become disillusioned by his poor style of play.

Mourinho and his agent, Jorge Mendes, have been holding extensive meetings with United’s executive vice-chairman Ed Woodward over the past few days as they tried to thrash out a deal which was being complicated by various issues to do with Mourinho’s image rights.

However, Sky Sports News reported on Thursday evening that a deal had finally been agreed with Mourinho understood to have signed his contract in front of Woodward at a hotel in London.

We’ve been awaiting official confirmation from Manchester United and the club finally released a statement this morning confirming Mourinho has signed a three-year deal with the option to extend by a further year.

Woodward told ManUtd.com that United now have the best manager in football and they feel he’s the right man to take the club forward.

“José is quite simply the best manager in the game today. He has won trophies and inspired players in countries across Europe and, of course, he knows the Premier League very well, having won three titles here.

“I’d like to take this opportunity to welcome him to Manchester United. His track record of success is ideal to take the club forward.”

José Mourinho said he’s honoured to become the United manager and is looking forward to building a special relationship with the supporters He told ManUtd.com:

“To become Manchester United manager is a special honour in the game. It is a club known and admired throughout the world. There is a mystique and a romance about it which no other club can match.

“I have always felt an affinity with Old Trafford; it has hosted some important memories for me in my career and I have always enjoyed a rapport with the United fans. I’m looking forward to being their manager and enjoying their magnificent support in the coming years.”

Mourinho has been out of work since being sacked by Chelsea following a turbulent second spell at Stamford Bridge that saw him win the title in 2014/15 before enduring a disastrous first half to this season leading up to his departure in December.

The 53-year-old’s first game in charge will come in a pre-season friendly against Bundesliga giants Borussia Dortmund in Shanghai on Friday 22nd July.