Roy Hodgson has announced his final 23-man squad ahead of this summers European Championship finals in France. See the full squad here

Roy Hodgson has announced his final 23-man squad ahead of this summers European Championship finals in France.

Liverpool striker Daniel Sturridge makes the cut despite picking up a calf injury in training last week and he joins team mate Jordan Henderson in the squad after the midfielder overcame a serious knee injury.

The Merseysiders have five representatives in total with Natheniel Clyne, Adam Lallana and James Milner joining Sturridge and Henderson in the final 23.

Arsenal’s Jack Wilshere is also selected despite only making one Premier League start for the Gunners all season after suffering a broken leg way back in August 2015.

Hodgson had to trim his provisional squad to his final 23 and with Fabien Delph already ruled out, the England boss has cut Andros Townsend and Danny Drinkwater form the squad. 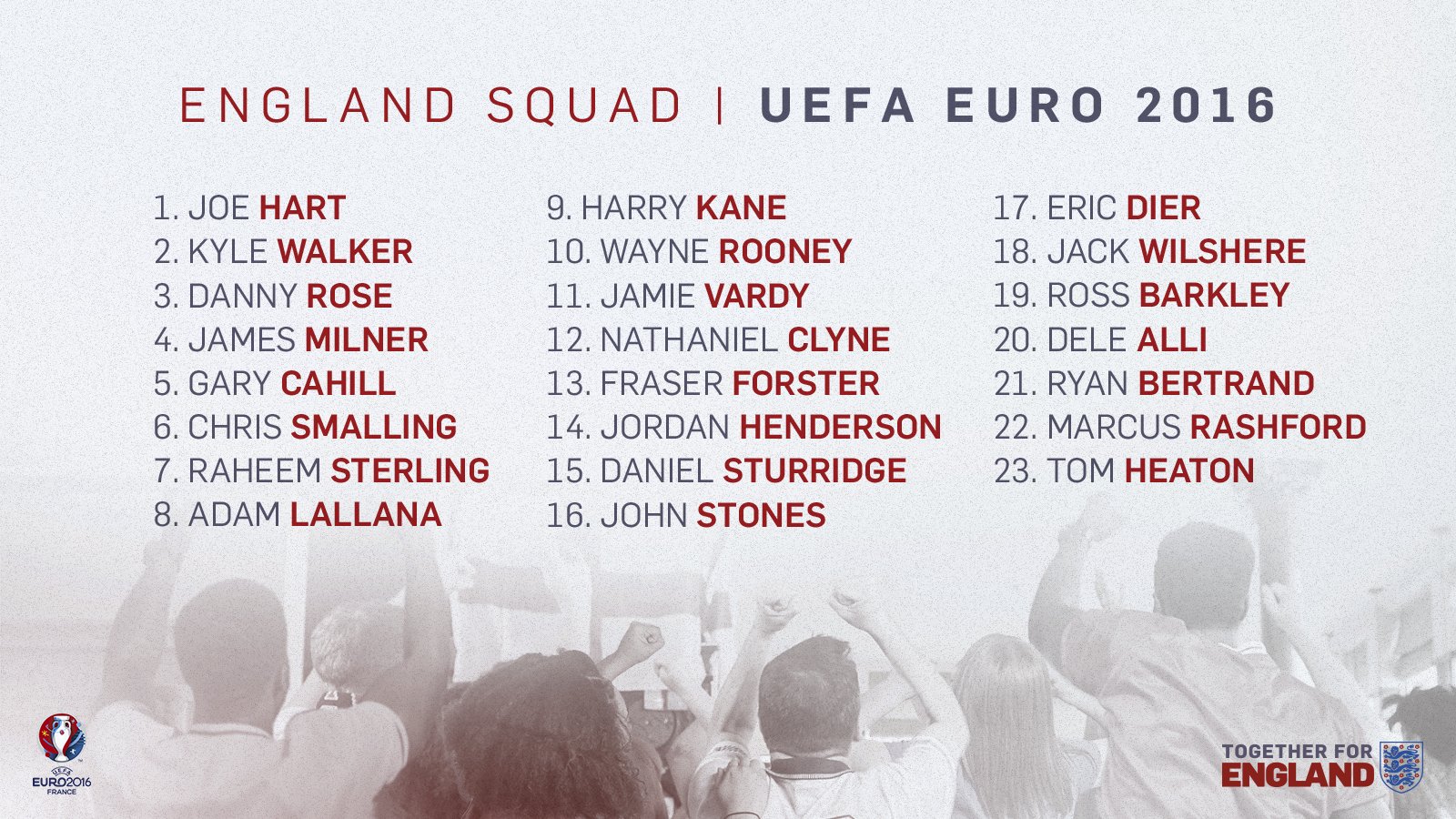