The opening of the summer transfer window is fast approaching so we’ll bring you all the latest transfer rumours and gossip from around the globe. Today, Radja Nainggolan confirms Chelsea talks… 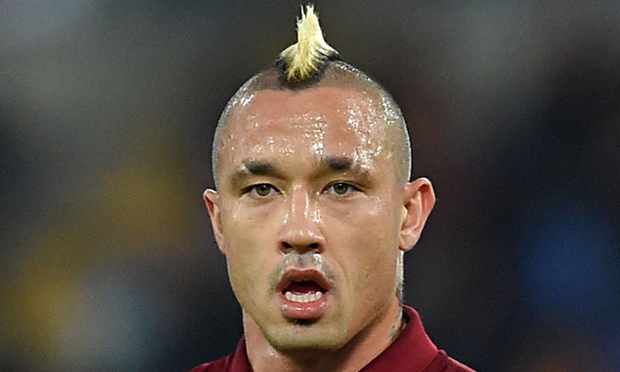 Radja Nainggolan has confirmed that Chelsea have held talks with Roma over a potential £31m deal to sign the Belgian international midfielder this summer, according to the Evening Standard.

New boss Antonio Conte isn’t due to officially start work at Stamford Bridge until after he fulfills his duties with the Italian national team at the European Championships this summer.

However, it looks as though the Italian tactician is already planning for life in West London and is expected to be busy in the transfer market strengthening his squad following a disastrous campaign and Nainggolan has emerged as a prime target in recent months.

The Mirror reported way back in late April that Chelsea were interested in signing the Belgian international and it appears the speculation was accurate as the player himself has now confirmed the Blues have held talks with Roma over a potential deal.

The 28-year-old revealed that the Premier League outfit have made contact with Roma and he described Chelsea as a ‘big club’ but insists that no deal has been signed just yet.

He’s quoted as saying by the Evening Standard:

“There has been contact between Roma and Chelsea, but I will not get involved so long as there is no agreement between the clubs.

“Chelsea are keen to strengthen their squad and Conte is a manager who wanted to sign me before. Chelsea are a big club.

“But the transfer is not a done deal so long as there is no signed contract on the table. And it would not be easy to leave Italy after 11 years.”

The Evening Standard claim that Roma would demand £31m to sell Nainggolan this summer while Chelsea are reportedly willing to offer the midfielder a lucrative five-year deal to lure him to Stamford Bridge.

We’ll have to wait and see how the negotiations progress but Nainggolan would be an excellent signing for Chelsea as he’s a powerful midfielder who should have no problem adjusting to life in the Premier League and of course Conte knows him well from his time in Italy.

The Belgian star is a specialist central midfielder so he’d provide real depth in the middle of the park along with Cesc Fabregas, John Obi Mikel, Nemanja Matic and Ruben Loftus-Cheek if he does end up moving to Chelsea this summer.