The opening of the summer transfer window is fast approaching so we’ll bring you all the latest transfer rumours and gossip from around the globe. Today, Liverpool are linked with Gonzalo Higuain…. 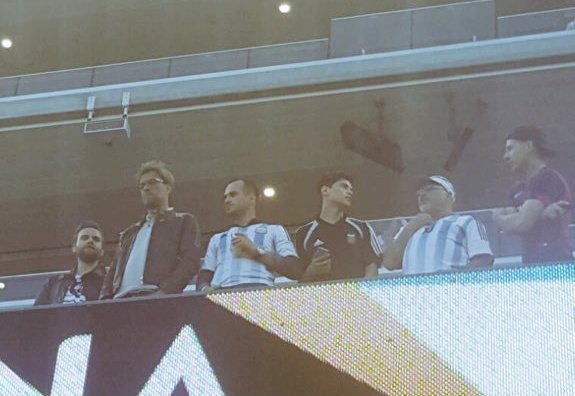 Jurgen Klopp has been photographed with Gonzalo Higuain’s agent amid reports from BeIN Sports that the striker is set for a sensational move to Liverpool from Napoli this summer.

Higuain has just come off the back of a sensational season that saw him score an incredible 36 goals in just 35 Serie A games as Napoli finished runners-up behind champions Juventus.

Understandably, that sort of form has attracted interest from the Premier League with the Mirror reporting last month that several English clubs were keen on landing Higuain but the 28-year-old was believed to favour a move to Anfield in order to link-up with Klopp.

Many fans took the speculation with a pinch of salt as it seemed unlikely that Liverpool would be able to sign one of the best strikers in the world without having any form of European football to offer next season.

However, it seems there could be more to this story as French outlet BeIN Sports are now claiming that a deal to take Higuain to Liverpool should be completed ‘very soon’ with Napoli on the verge of signing Hector Herrera from Porto.

If those reports weren’t enough, Liverpool fans have been sent in to a spin after Klopp was snapped in the stands sitting next to Higuain’s brother Nicolas, who also acts as his agent, during Argentina’s Copa America victory over Chile last night.

Higuain started up front and played 75 minutes before being replaced by Manchester City striker Sergio Aguero and Klopp was seen leaving the stadium shortly after the Napoli hitman left the field.

Obviously we can only speculate as to why Klopp was attending the Argentina game with Higuain’s agent/brother but it does seem a little coincidental that he did so amid reports of an impending move to Anfield.

It would certainly be an excellent piece of business if Liverpool could land Higuain as he’d give them a lethal threat in front of goal next season, but we’ll have to wait and see if anything comes off all of this.

Here are a couple more photos of Klopp from last night’s game. Nicolas Higuain is seen sitting to Klopp’s left in the photo below: 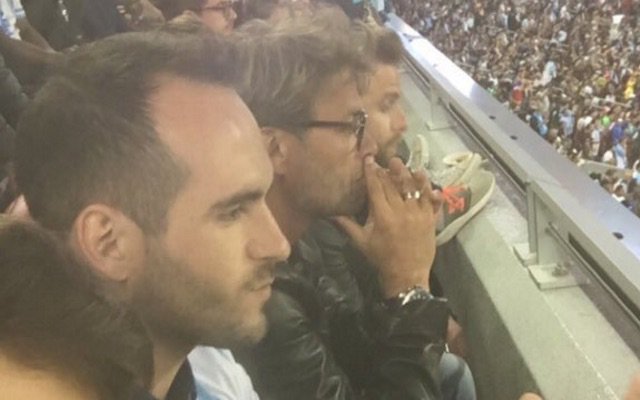