The opening of the summer transfer window is fast approaching so we’ll bring you all the latest transfer rumours and gossip from around the globe. Today, Chelsea are linked with Samuel Umtiti….. 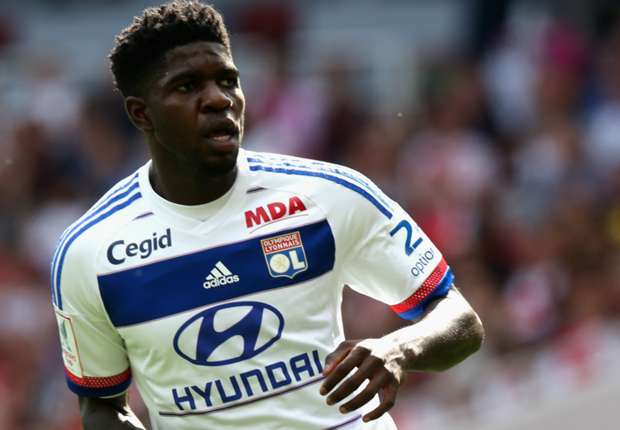 Chelsea have stolen a march on Arsenal after holding talks with the agent of Lyon centre-back Samuel Umtiti about a potential move to Stamford Bridge this summer, according to the Express.

Umtit has been with Lyon his entire professional career having joined the club as a youngster and has progressed through the youth ranks to become one of the best defenders in French football.

The 22-year-old has just come off the back of an excellent campaign that saw him play a key role in helping Lyon finish second in the Ligue 1 table behind champions Paris Saint-Germain and qualify for the Champions League next season.

It appears Umtiti has caught the attention of clubs in the Premier League as the Express claim that Arsenal and Chelsea have been keeping a close eye on his progress in recent months while Barcelona have also been strongly linked with the defender.

Arsene Wenger appears to be on the look-out for defensive reinforcements with Calum Chambers expected to head out on loan while Kieran Gibbs is also being tipped to leave and the versatile Umtiti could be the reliable partner the Gunners need alongside Laurent Koscielny at the back.

However, it looks as though Chelsea have now stolen a march on Arsenal as the newspaper is citing reports coming from Spanish outlet Mundo Deportivo that suggest the Blues have now opened talks with Umtiti’s agent Yannick Umtiti – who is also his brother – about a potential move to Stamford Bridge.

Incoming boss Antonio Conte is expected to be busy in the market this summer rebuilding the Chelsea squad and a long-term replacement for John Terry could be on the agenda, and Umtiti would be an excellent addition.

The French under-21 international is predominantly been played as a centre-back at Lyon but he’s also capable of playing on the left side of defence so he’d give Conte options at the back.

However, any potential deal will have to wait until next month as Umtiti has been selected in the France squad for Euro 2016 and he’s indicated he won’t make any decision over his future until after the tournament.