The Premier League fixtures for the 2016/17 season have been announced and Liverpool have been given a tough start as they take on Arsenal at the Emirates.

The Premier League fixtures for the 2016/17 season have been announced this morning and Liverpool have been given a tough start as they head to London to take on Arsenal at the Emirates.

It’s then once again back to the capital as Liverpool face Chelsea at Stamford Bridge and while there are then games against Hull and Swansea, the Merseysiders entertain north-west rivals Manchester United in mid-October.

It’s certainly a daunting opening set of fixtures with Liverpool facing five of their nearest rivals inside the opening eight games. The flip side is that the Reds have, on paper, a very favourable run-in as they face none of the so-called ‘big’ clubs in their last eight fixtures so Klopp will be hoping his side are still in the title race heading in to April.

Here are Liverpool’s Premier League fixtures for the 2016/17 campaign: 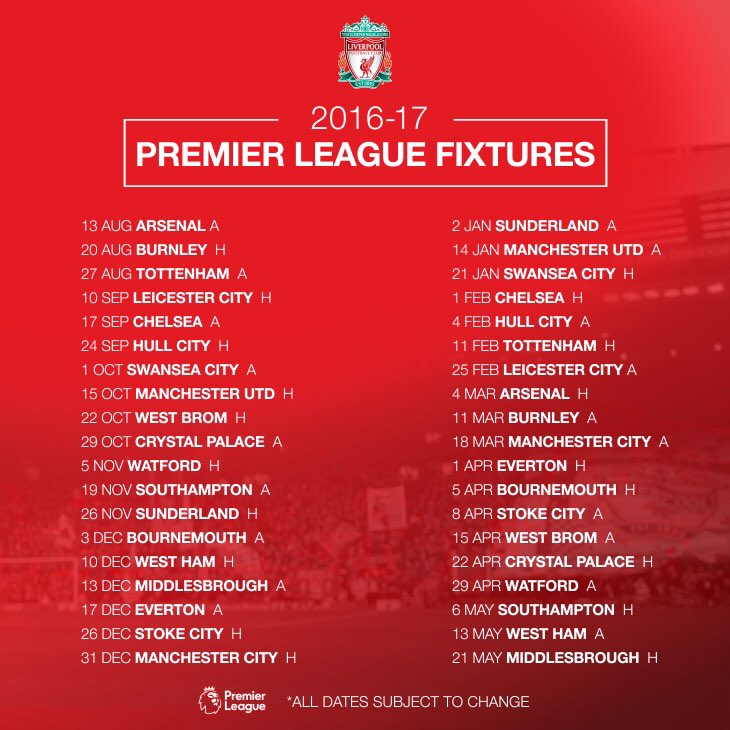