The Premier League fixtures for the 2016/17 season have been announced and Arsenal have been given a tough start as we host Liverpool at the Emirates.

The Premier League fixtures for the 2016/17 season have been announced this morning and Arsenal have been given a tough start as we host Liverpool at the Emirates on August 13th.

We then take on newly-crowned champions Leicester City at the King Power before facing Watford at Vicarage Road at the end of August. Southampton then come to the Emirates after the September international break before we take on newly-promoted Hull City the following week.

Chelsea then make the short trip to the Emirates at the end of September rounding off what is a tough start that sees us face Liverpool, Leicester, Southampton and Chelsea inside the opening six games, as well as having to navigate tricky away trips to Watford and Hull.

The first NLD is on November 5th at the Emirates, a week before we take on Manchester United at Old Trafford. The Christmas and New Year period is favourable as we have back-to-back home games against West Brom and Crystal Palace before taking on Bournemouth away at the start of 2017.

However, our run-in looks tough as we face Tottenham [A], Man Utd [H], Stoke [A] and Everton [H] during the final four games of the season. If we’re still in the title race by that point, it’s going to be a very interesting final month of the season.

Here are all of Arsenal’s Premier League fixtures for the 2016/17 campaign: 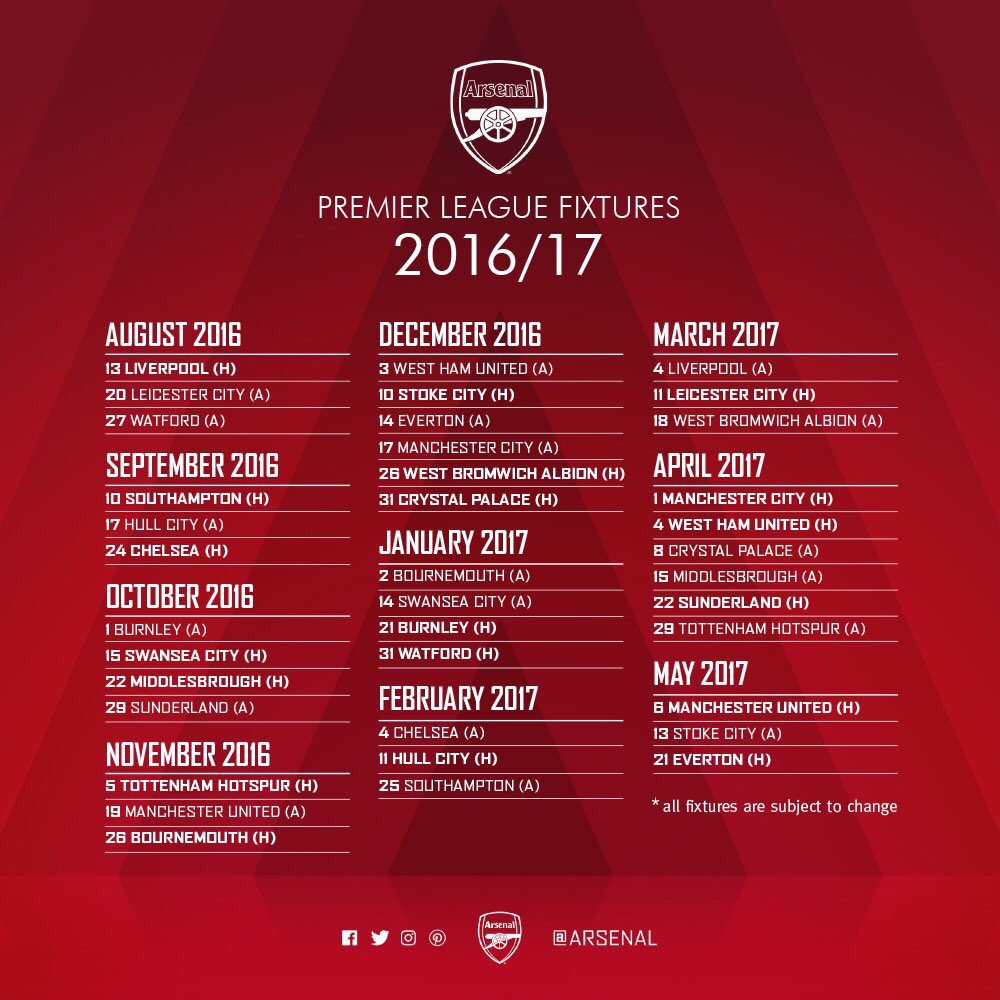