The Premier League fixtures for the 2016/17 season have been announced this morning and Tottenham Hotspur will kick off away to Everton at Goodison Park.

The Premier League fixtures for the 2016/17 season have been announced this morning and Tottenham Hotspur will kick off away to Everton at Goodison Park.

Spurs then entertain London rivals Crystal Palace in their first game of the new season at White Hart Lane before Liverpool come to North London at the end of August making it a tricky opening three fixtures for Mauricio Pochettino’s men.

Spurs head to the Britannia Stadium after the September international break before entertaining Sunderland at the Lane and heading to Middlesbrough at the of the month.

The first North London derby sees Tottenham take on Arsenal at the Emirates on November 5th – which is bonfire night so there are sure to be some fireworks.

The festive period is going to be tough for Spurs as they face back-to-back away games to Southampton and Watford before entertaining Chelsea at the start of 2017. The only saving grace is there won’t be much travel to endure during that week.

Tottenham’s run-in is also difficult as they face Leicester [A], Arsenal [H], West Ham [A], Man Utd [H] and Hull [A] during the final five games of the season when Pochettino will be hoping to be right in the title mix.

Here are all of Tottenham’s Premier League fixtures for the 2016/17 campaign: 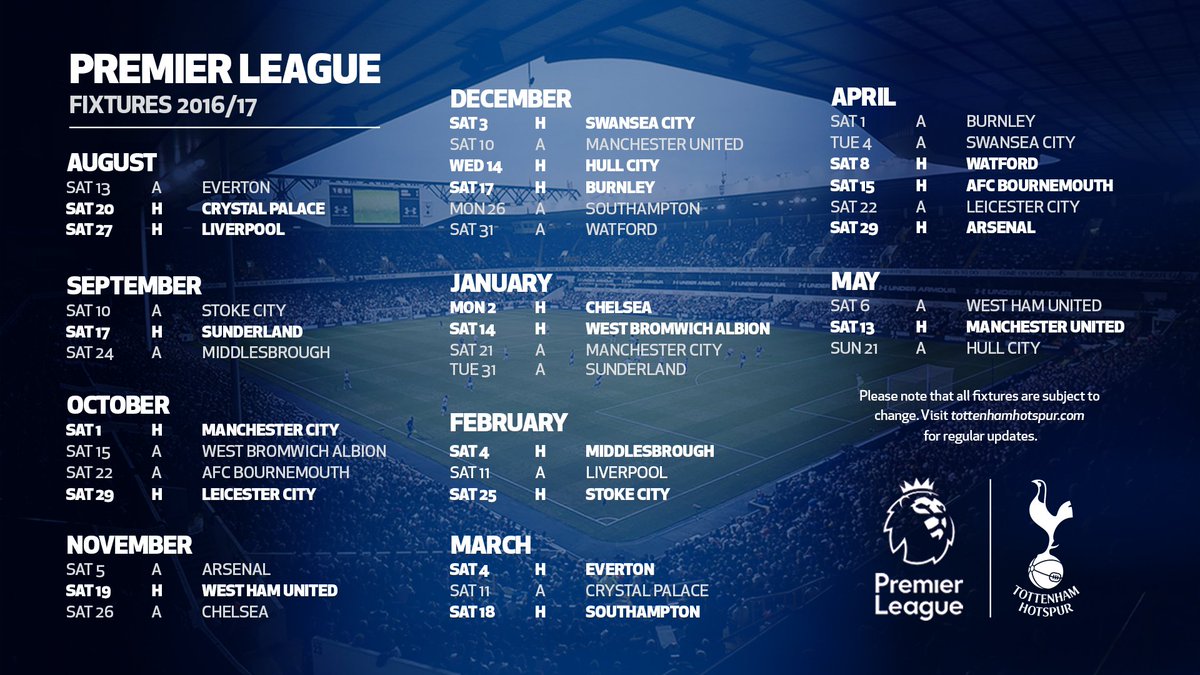