Liverpool Could Be Set To Hijack Move For £15.8m Mexican Midfielder

Liverpool could yet try to hijack Napoli’s move for Mexican international midfielder Hector Herrera who is valued at around £15.8m by his current club FC Porto

The opening of the summer transfer window is fast approaching so we’ll bring you all the latest transfer rumours and gossip from around the globe. Today, Liverpool are linked with Hector Herrera…. 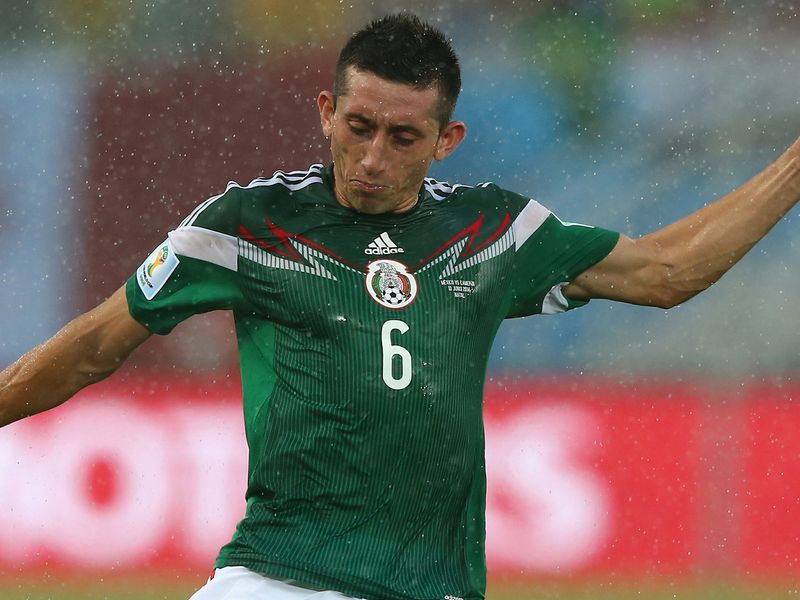 Liverpool could try to hijack Napoli’s move for Mexican international midfielder Hector Herrera who is valued at around £15.8m by his current club FC Porto, according to the Mirror.

Herrera has been on the books at Porto since joining the club from Mexican club Pachuca in 2013 and has been a key member of the Portuguese giants starting eleven over the past three seasons.

The 26-year-old scored 9 goals and set up a further 5 in his 38 appearances last season but it looks as though Porto are ready to cash-in on the central midfielder this summer.

The Mirror are citing reports coming from Italian outlet Gazzetta that claim Napoli have tabled an offer worth £14.2m (€18m) for Herrera and are willing to hand the player a five-year deal worth £1.4m per season.

However, the newspaper says Liverpool are also showing a keen interest in the midfielder and could be ready to hijack Napoli’s deal as they continue to haggle with Porto – who’re demanding £15.8m (€20m) for Herrera’s signature.

Only time will tell whether Liverpool decide to make their interest official but Jurgen Klopp has already been active in the market with goalkeeper Loris Karius joining Joel Matip and Marko Grujic in moving to Anfield this summer and the German coach is expected to bring in at least another couple of players over the coming weeks.

Central midfield could be an area he looks to strengthen with doubts continuing over the future of Joe Allen and Herrera would be a very useful addition to the Reds squad as he’d bring plenty of quality as well as experience having played over 40 times for Mexico.

Napoli remain favourites to sign the player but the longer they continue to negotiate a fee with Porto the more chance there is we could see the likes of Liverpool come in to hijack the Italian clubs deal.